Outa to NPA: No more excuses, prosecute those implicated in State Capture

The findings were made by the country's Chief Justice Raymond Zondo, the NPA has no excuses to further delay prosecutions. 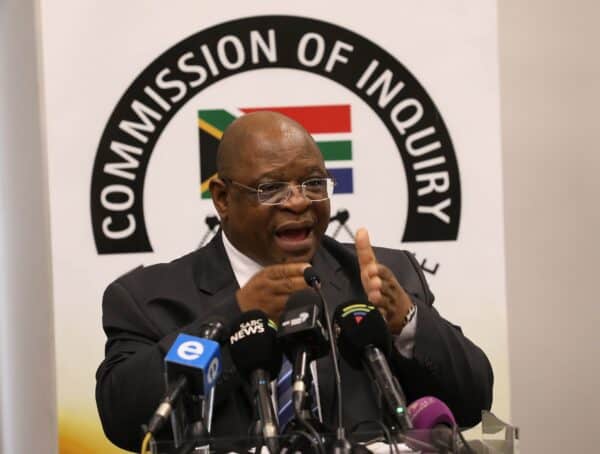 The Organisation for Undoing Tax Abuse (Outa) has called for the National Prosecuting Authority (NPA) to stop making excuses and start prosecuting those implicated in State Capture.

Reacting to the explosive findings against prominent members of the ANC– specifically, former President Jacob Zuma – Outa called on the NPA to criminally charge the state capture culprits, recover the looted funds and get rid of those still in powerful positions.

“This is another report making it clear who is culpable, starting from Jacob Zuma,” it said in a statement.

“The State Capture Commission provided us with another detailed, damning report on our government, the ANC and the business people they encouraged to loot.”

ALSO READ: Zondo: Zuma was determined to give Guptas access to Treasury

While some have criticised the amount of money spent on the Judicial Commission of Inquiry into State Capture (over R1 billion), Outa said it was worth every cent.

“It has cost less than our government spends on VIP protection for themselves in a single year,” said the organisation.

It’s particularly hopeful that this report, which was chaired by then Deputy Chief Justice, now Chief Justice Raymond Zondo, will lead to convictions of corrupt politicians and business people complicit in the hijacking of the state and its resources.

“We note this important comment in particular, which CJ Zondo makes regarding Zuma’s role in the attempt by the Guptas to capture Treasury:

“There are no words to describe this conduct on President Zuma’s part except to say that he must have been determined to give the Guptas direct access to the nation’s Treasury to hand the control of our National Treasury to the Guptas before he left office.

“Was this the same man that stood twice in front of the people of South Africa and took an oath and said: ‘I Jacob Gedleyihlekisa Zuma, swear/solemnly affirm that I will be faithful to the Republic of South Africa… I solemnly and sincerely promise that I will always promote all that will advance the Republic and oppose all that may harm it.’ Yes, this was the same man.”

Outa said this statement confirms what South Africans knew all along, that our former president put himself before anything or anyone else in the country and he willingly handed the country’s assets to the Guptas.

The report implicates the ANC too, detailing how EOH paid millions of rand to the ANC to obtain tenders and criticising the party for standing by and watching state capture.

“The Zondo report is scathing on a number of prominent people, some still in powerful positions, such as former Free State MEC and later Minister Mosebenzi Zwane (Outa complained about him to Parliament’s ethics committee, which did nothing), former Transnet and Eskom executives Anoj Singh and Brian Molefe, former Eskom acting CEO Matshela Koko, former Minister of Public Enterprises Lynn Brown, and the business people greedy for tenders who paid off politicians and ANC office bearers,” said Outa.

The organisation has repeatedly called for action against these people.

From 2017 to 2020, it opened 20 criminal complaints at various police stations relating to allegations of state capture and abuse of power against individuals, including Singh, Molefe, Zwane and Eskom board members.

“Saps failed to address these. In June 2017, we handed a detailed report to Parliament on the evidence against Zuma, the Guptas and their accessories.

Our government and Parliament knew exactly what was going on, but chose to do nothing,” it said.

The final instalment of the report is due in June.