Tropical storm Eloise made landfall in Mozambique on Saturday causing extensive damage in Beira, winds of 106km'h and over 400mm of rain were reported. 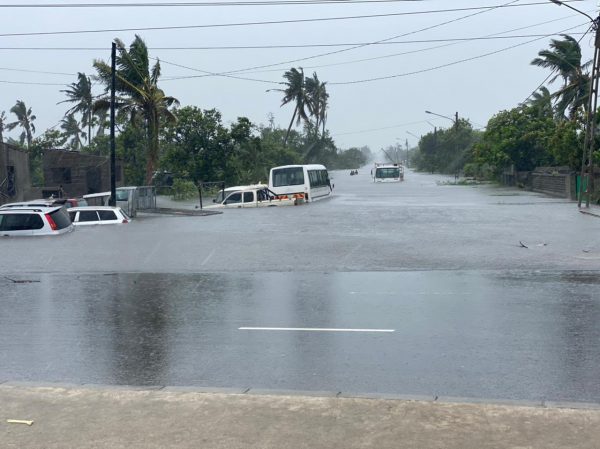 Tropical storm Eloise in parts over southern Mozambique is causing havoc in the area.

Eloise made landfall in Sofala Province, just south of Beira, with a population of just over half a million people. Eloise was downgraded to moderate tropical storm status with winds of 45 knots (83km/h).

Gauteng Weather reported earlier that winds reached highs of 106km/h and gusts of 138km/h with over 400mm of rain.

Eskom, the Kruger National Park (KNP) and KwaZulu-Natal authorities have been on high alert since Thursday.

Reports from the South African Weather Services (SAWS), various parts of the KNP – particularly in the far north – will be affected by major rainfall and strong winds over the coming weekend, specifically on Sunday, due to the tropical storm.

The park said its disaster management teams and “external role players” had been placed on high alert and were monitoring the cyclone’s paths as it approaches landfall.

Power utility Eskom said it has put contingency plans in place as tropical storm Eloise could disrupt power supply in parts over southern Mozambique, parts of Limpopo and Mpumalanga provinces as well as northern KwaZulu-Natal.

Eskom said it assessed the risks and the possible impact on its infrastructure and the provision of electricity in the areas.

Gauteng Weather reports the effects of Eloise will bring cooler weather in Gauteng with rain and gusty winds.

Temperatures are expected to drop from Monday. In Johannesburg expected temperature could reach as low as 19°C and in Pretoria 21°C.

????EFFECTS OF EX-ELOISE:
-RAIN AHEAD
-GUSTY WINDS
-MUCH COOLER

????????????AFRICA: Extensive damage reported out of Beira, the epicentre of #CycloneEloise | ????Supplied pic.twitter.com/hrh2XC6L9q