The South African Weather Service has issued out a red level warning of heavy rainfall for Eastern parts of Limpopo and Mpumalanga until Monday. 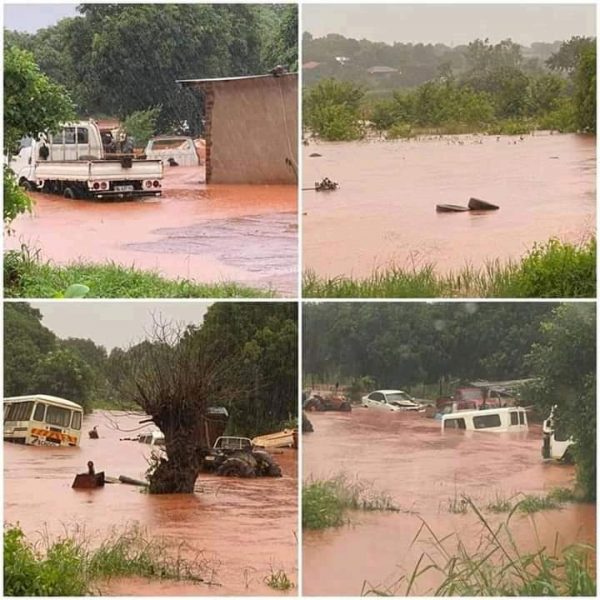 Heavy rainfall has caused havoc in parts of Limpopo, Mpumalanga.

The South African Weather Service said there have been reports of flooding in the eastern parts of these two provinces and more heavy rain is expected until Monday evening.

A red level 10 warning has been issued due to the persistent heavy rain: “This will cause serious strain on emergency services. Take extreme caution in these areas,” it said.

Some structural damages have also been reported in Thohoyandou and Thulamela.

This is the effects of tropical cyclone Eloise in Mozambique which hit the Beira province on Saturday.

The Limpopo provincial disaster management structures were on high alert ahead of tropical cyclone Eloise. The port city of Beira experienced massive damage on Saturday. Flooding, winds of 109k/h, damage to roads and bridges, over-flooding of rivers and damage to Eskom power lines.

The Kruger National Park posted that there have closed some roads due to flooding in Phalaborwa.

Sharing: “All gravel roads around Mopani closed, 66mm rainfall. Boulders, Shipandani not accessible. Mopani to Phalaborwa road closed, guests will have to please drive via Letaba to Phalaborwa.

“All gravel roads and H13-1 tar road in Nxanatseni (Far North) are closed due to flooding. Tsendze Bridge on H14 is underwater.

⚠️A Red level 10 Warning issued for Eastern parts of Limpopo and Mpumalanga for today into tomorrow due to persistent heavy rain and more heavy rain expected tonight into tomorrow. This will cause serious strain on emergency services. Take extreme caution in these areas. pic.twitter.com/fwiQxkMMV6