From severe thunderstorms and heavy rainfall to flooding and gale-force winds, here's what to expect from the weather this weekend. 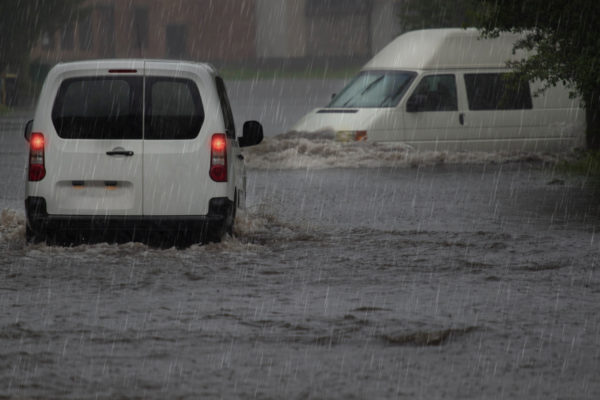 The South African Weather Service (Saws) has issued yellow level 4 alerts for disruptive rain, severe thunderstorms and flooding on Friday, warning that these conditions will continue into the weekend.

This follows after South Africans were subjected to flooding as a result of thunderstorms on Thursday. Here’s what you need to know.

Gauteng residents can expect coverage across most of the province on Friday, with widespread showers and thunderstorms expected in the northern parts.

According to Saws forecaster Kumsa Masizana, alerts have also been issued for disruptive rain over the eastern provinces.

“We’ve issued a level four warning for disruptive rain over the eastern provinces. We are expecting about 50mm to 60mm of rain [in those areas] over a 24-hour period.”

Severe weather conditions are expected across the eastern parts of the Free State, Mpumalanga, Limpopo and KwaZulu-Natal as well.

He said it is “better to find an alternative route other than going through a flooded area”, especially the low-water bridges in the region.

Meanwhile, yellow level 2 warnings were issued for gale-force winds in the Western and Northern Cape; the alerts are active until 8am on Saturday morning.

The Saws said strong to near-gale-force south-easterly winds reaching speeds of up to 80km/h were recorded on Thursday between Alexander Bay and Hermanus.

The wind and wave conditions “are expected between Cape Point and Plettenberg Bay on Friday, and persist on Saturday” as well, the weather service said.

Those at sea may find it hard to navigate due to rough conditions, while small vessels and watercraft may capsize.

In addition, small harbours and beachfront activities may be interrupted, while high-sided vehicles might be at risk of blowing over.

Furthermore, localised damage to settlements and temporary structures is possible.