News » Own Your Life

Waiving vaccine IP rights could save millions of lives

The President called on the world to recognise that the WTO is made up of countries at different levels of economic development. 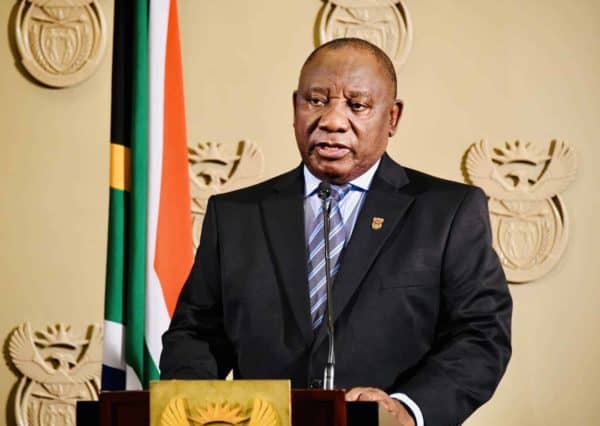 President Cyril Ramaphosa says passing a time-bound targeted Trade-Related Aspects of Intellectual Property Rights (TRIPS) waiver, as proposed by South Africa and India and now supported by many countries around the world, is urgent if the world is to save millions of lives.

President Ramaphosa was addressing the opening of the World Trade Organisation (WTO) Public Forum under the theme “Trade Beyond COVID-19: Building Resilience”.

The statesman said that this is a proportionate response to the exceptional circumstances presented by the COVID-19 pandemic.

“Unequal access to vaccines present a huge risk to a sustained global recovery. The economist intelligence unit estimates that vaccine inequality will come at a cost of some 2.3 trillion dollars to global GDP between 2022 and 2025. We therefore need to reaffirm the principle of global solidarity and the role of open and inclusive multilateralism,” President Ramaphosa said.

He said while there has been some recovery in international trade since the start of the pandemic, it has been uneven.

While addressing the forum, President Ramaphosa said he was reminded of the late President Nelson Mandela’s address on the occasion of the 50th anniversary of the general agreement on tariffs and trade.

He said in his remarks, President Mandela called for a WTO that recognises the frustrations of ordinary people and emphasised the importance of trade rules and that they should be fair. He said Mandela called for the WTO to contribute to change, rather than defend the existing patterns of production.

The President said the world is at this moment experiencing the debilitating effects of inequality in the patterns of global production.

“While human ingenuity has produced several effective and safe COVID-19 vaccines, human inertia and human self-centredness has severely limited access to these vaccines to many people around the world.

“Our inability to act on the call by President Mandela to change patterns of production, has cost the world millions of lives and has undoubtedly extended the duration of the pandemic,” President Ramaphosa said.

“This gross inequality is both unjust and counterproductive. The longer it takes to vaccinate the world’s population the greater the loss of life, the likelier the emergence of new variants and the longer it will take to achieve sufficient population immunity.”

He called on the world to recognise that trade is not an end in itself but a means of raising standards of living, creating employment and improving people’s lives.

“This means that we must ensure that developing economies, and especially the least developed among them, secure a share in the growth in international trade commensurate with the needs of their economic development.”

He emphasised that now more than ever, the world needs a multilateral trading system that promotes inclusive economic growth and development, with the World Trade Organization at its core.

“We must address the asymmetries in existing WTO Agreements that perpetuate trade patterns which confine developing economies to the lower end of global value chains.

“We need trade rules that create more opportunities for structural transformation and industrialisation in developing economies. This is particularly important for African countries, which need to increase their rates of industrialisation.”

He said the world must build an inclusive digital economy in which approaches to technology transfer are mutually-beneficial and the benefits of digital industrialisation and management of data flows are equally felt across the world.

The President called on the world to recognise that the WTO is made up of countries at different levels of economic development.

The President said through collaboration, unity, solidarity and mutual respect, and through bodies like the World Trade Organisation, the world can rise to these challenges and build a fairer, more prosperous and more resilient world.

“We believe that the WTO is capable of finding negotiated solutions that are balanced and address the interests of all. Such agreement on issues like the TRIPS waiver is both possible and necessary if the WTO is to live up to the expectations of the ordinary people of which President Mandela spoke.”