Rob Howie, a local co-driver in the car category, also streaks into the top ten as the gruelling rally winds down. 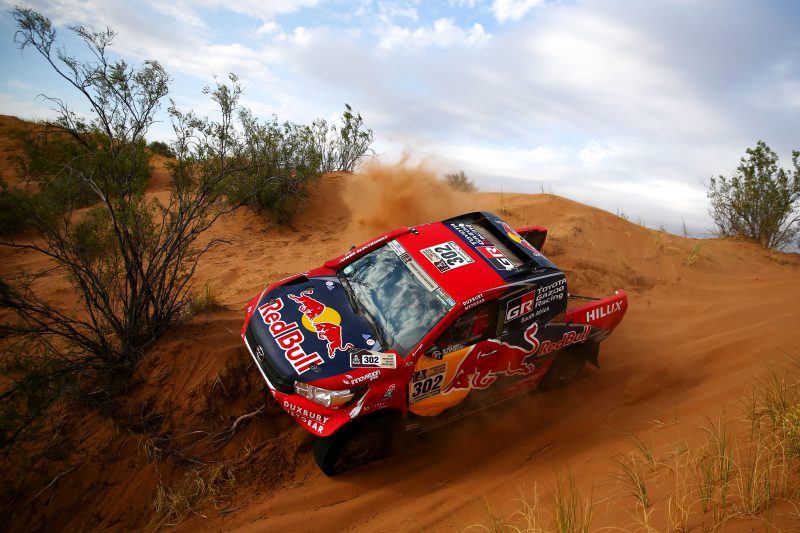 After retaining his overall position on the penultimate stage, Giniel de Villiers believes he can hang on to fifth place as he prepares for a final push at the Dakar Rally.

De Villiers was fourth fastest on the 292km timed section between San Juan and Rio Cuarto on Friday.

Having stripped all spare parts off his car to shed weight, he overcame another puncture to hold off a charge from Argentine Orlando Terranova.

De Villiers was nearly two hours off the pace of overall leader Stephane Peterhansel of France, who was a little more than five minutes clear of fellow Peugeot driver Sebastien Loeb in a hard-fought battle up front.

The veteran South African was more than half an hour behind Toyota Gazoo Racing SA teammate Nani Roma of Spain, who was lying fourth in the general rankings.

And while the Mini car driven by sixth-placed Terranova was just two minutes behind De Villiers, the next closest challenger was more than two hours further back, as he went in search of his 11th career top-five finish at the gruelling contest.

“We’re still the best part of two minutes up on Terranova, and since tomorrow’s stage is only 64km, we should be able to maintain our overall position,” De Villiers said.

Zimbabwean Conrad Rautenbach and South African co-driver Rob Howie were eighth on the stage, climbing into the top 10 as they settled in ninth position in the car rankings.

Saturday’s 12th and final stage, which includes a 64km special section in Argentina, will take competitors from Rio Cuarto to the finish in Buenos Aires.