His participation in the mixed doubles ends at the quarterfinal stage as the juniors also fail to make much of an impact. 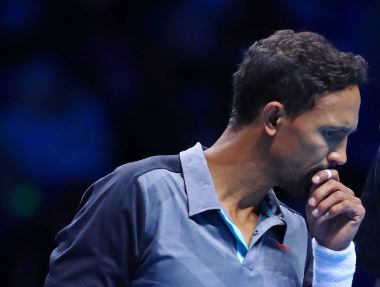 Done and dusted: Raven Klaasen is out of the Australian Open. Photo: Clive Brunskill/Getty Images.

South Africa’s run at the Australian Open came to an end on Wednesday after Raven Klaasen was eliminated from the mixed doubles competition with Dutch partner Michaella Krajicek.

Klaasen and Krajiceck fell to Juan Sebastian Cabal of Colombia and American Abigail Spears, who picked up a 6-4 6-3 win in their quarter-final match.

Competing in his final tournament in the build-up to next week’s Davis Cup tie between South Africa and Estonia in Centurion, Klaasen had been knocked out in the second round of the men’s doubles division at Melbourne Park last week with American partner Rajeev Ram.

While he was the only SA player in the main senior draw at the Grand Slam tournament, four teenagers turned out in the junior category.

They were unable to make much of an impact, however, as Siphosothando Montsi was defeated by British player Finn Bass (6-2 6-4) in the opening round of the junior boys’ singles, Joshua Howard-Tripp fell to Menelaos Efstathiou of Cyprus (6-3 3-6 1-6) and Philip Henning was eliminated by fellow qualifier Tristan Boyer of the United States (6-3 6-2).

All four junior players also lost their opening doubles contests after pairing up with players from various other countries.