Gritty Proteas ever so close to upsetting England

The national netballers produce such a compelling performance that coach Norma Plummer actually hails a defeat. 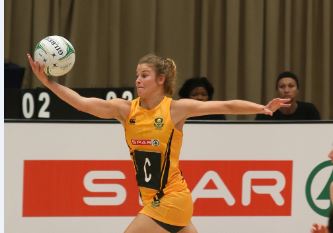 Izette Lubbe was one of the tactical substitutions that almost paid off for the Proteas. Photo: Reg Caldecott/Gallo Images.

The Proteas netball team narrowly missed out on a historic victory on Saturday night, losing 60-55 after taking England to extra time in a hard-fought Quad Series match in Durban.

Having taken the early lead, the hosts lost control and were trailing 27-17 at half-time.

Those two switches left England scrambling in the third quarter as South Africa narrowed the gap.

With 10 minutes left in the final stanza, the home side took the advantage again and held the visitors to a 48-48 scoreline at the end of regulation time.

But the English outfit maintained their composure and held on for the win, preventing the Proteas from earning only their second victory over the Roses in the last 22 years.

“How can I be disappointed with that (defeat)? The players have come along in leaps and bounds,” said SA head coach Norma Plummer.

“You do not get an 11-goal turnaround too often, and I thought they were outstanding.”

Earlier on Saturday, world champions Australia beat New Zealand 57-50 in the opening match at the third leg of the four-nation Quad Series campaign.

South Africa were set to face Australia in their next fixture on Tuesday.