Tennis SA has a plan to re-live the glory days 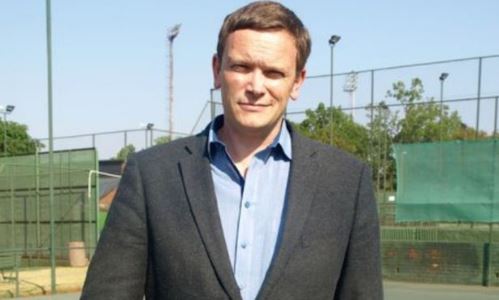 Struggling to keep pace in a cut-throat professional environment, Tennis South Africa (TSA) has launched a new eight-year plan in an effort to lift the profile and status of the sport across the country.

Richard Glover, who was appointed TSA chief executive in October, said the federation would focus on four long-term goals which they hoped to achieve by 2024.

Depending on research, Glover said tennis was believed to be anywhere between the sixth and eighth most popular sport in the country.

The target is to climb into the top five.

They also hoped to increase their membership base to 50 000 players, have cash reserves of R15 million by using a sustainable business model, and boast four players in the top 100 of the world singles rankings.

While they had a long way to go to reach these marks – only Kevin Anderson is ranked among the top 100 in the singles format – Glover believed their new plan would provide a vehicle to drive the sport forward.

“There is a new energy in the tennis community as a collective, who are coming together to try and wake the sleeping giant and promote the sport,” he said.

In order to reach their goals, Glover said they would promote two unique formats of the game – cardio tennis and beach tennis – to try and attract senior players to the sport.

An independent transformation task force would be given a mandate to find ways to take the sport to all South Africans, in order to develop the code at grassroots level.

A high-performance task force would focus on key areas at the other end of the spectrum.

While the federation hoped to relaunch the defunct SA Open down the line, the immediate objective was to ensure there were sufficient lower-tier tournaments on home soil to assist younger players in gaining experience and international tour points.

With only three Futures tournaments on the current calendar, they hoped to have six more Futures events on the domestic fixtures list within the next two years.

Two Challenger events are also being targeted, one of which could be used to host the SA Open which was previously an ATP 250 tournament.

Since taking up the post, Glover had secured three commercial partners for TSA in a corporate environment which favoured the top three codes in the country – football, rugby and cricket.

This has left minor codes fighting for scraps.

He believes the federation’s new vision and plan would help them secure more funding and support.

A few more sponsors apparently in the pipeline.

“We’ve shown sponsors we have a vision and a plan.”