Defending champion says he doesn't really enjoy training for the event but 2017 is an exception. That's bad for his competitors. 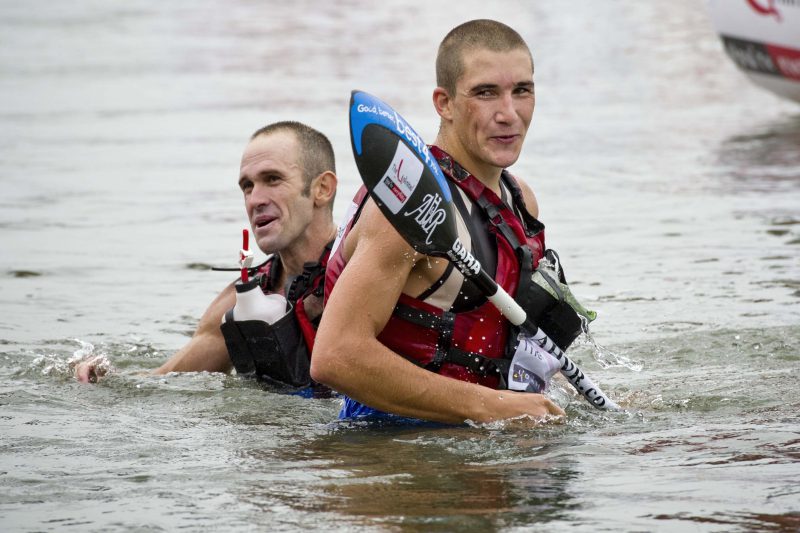 Hard-fought two-way contests are expected in both the men’s and women’s races, as the local Euro Steel team looks to dominate the Dusi Canoe Marathon starting in KwaZulu-Natal on Thursday.

Defending champion and pre-race favourite Andy Birkett, in search of his seventh Dusi crown, showed fine form ahead of the race by winning the Ozzie Gladwin Canoe Marathon.

“I have been really stoked with my preparations for the race this year,” Birkett said in the build-up to the three-day contest.

“Usually I get to this stage and am tired of training. This year has been different and I still look forward to my training and I am enjoying it.”

Eight-time marathon world champion Hank McGregor also stuck up his hand among the main Dusi contenders after holding off a challenge from Birkett to win the national K1 title in October, earning his seventh career victory at the Hansa Fish River Canoe Marathon.

He also won the Drak Challenge last month, as well as the Campbell’s Farm to Dusi Bridge race.

“My legs are feeling strong and although I was not sure if the other guys were going flat out it gives me a bit more motivation that the hard yards in training are paying off,” McGregor said following his victory at the Campbell’s Farm to Dusi Bridge.

In the women’s contest this week, Abby Solms and Bridgitte Hartley were expected to square off in another two-way battle, with both paddlers targeting their maiden Dusi K1 titles.

Hartley, making her K1 Dusi debut, won the recent Umpetha Challenge and was hoping to put up a formidable fight against her teammate.

Over 1 000 paddlers were set to compete in the annual 120km river contest from Pietermaritzburg to Durban.

With a drought expected to affect tactics up front, and portaging playing a key role in the race for titles due to unpredictable water levels and blocks of hyacinth in the water, the Dusi organisers assured the mass field that all had been done to accommodate the participants.

It was unlikely the low level of Inanda dam, which remained at 60.32% despite heavy recent rainfall, would force organisers to revert to low-water rules for Saturday’s third and final stage.

Organisers and environmentalists were also in the process of clearing as much of the invasive hyacinth in the water as possible before the race.