Franco Smith's team isn't just to receiving so much attention before a Super Rugby campaign but they're handling it quite well. 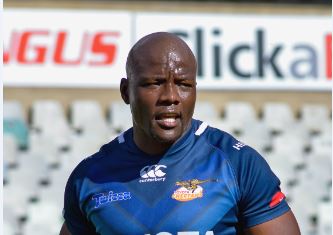 Oupa Mohoje is one of an increasing number of Springboks in the Cheetahs squad. Photo: Frikkie Kapp/Gallo Images.

Crude as it sounds, South Africa’s rugby folk actually just want the Cheetahs to answer one question in 2017’s Super Rugby campaign: will they be better?

Most years the men from Bloemfontein fly under the radar, content with the fact that they’ll be plucky but not great.

That’s not the case this time round.

Expectations aren’t necessarily high because the Cheetahs are Currie Cup champions, rather due to the way they achieved that title win.

Franco Smith’s troops played progressive, attacking rugby that mirrored the way their opponents on Saturday – the Lions – became local rugby’s most popular side.

And if, results factored in of course, you play like the Lions, you also play winning rugby.

That’s why the Cheetahs are expected to spring a surprise this year.

“It’s going to take two to three games for the guys to get up to speed again,” said Smith on Thursday.

“Our expectations are realistic. We’ve got to be smart about our process. We must understand that we can’t take off where we left off last year. We need to settle in and stay calm.”

One of the reasons why Smith is not getting too excited is because he realises his squad still needs to prove itself at Super Rugby level.

It’s not an insult to the players, just a way to make sure every player plays to his potential without over- or underestimating himself.

“My biggest aim was to select 54 players in the pre-season capable of playing Super Rugby,” said Smith.

“There’s an important distinction here. It doesn’t make them Super Rugby players but players capable of handling the pressures of the tournament.

“My point is, we have depth. We have players who can replace others. The trick now is for them to develop into Super Rugby players. I want to make something clear: we are not building a squad this year. We want to be a team that executes well and reaches a new level.”

The Cheetahs’ ambition is understandable.

After all, it’s not as if they merely had a promising season last year – they won a trophy.

That suggests they’ve already mastered some aspects of the way they play.

Yet setting high standards doesn’t mean the Cheetahs need to have specific outcomes at the end of the campaign.

“You can say you want to win all your home games or gather a specific number of points on tour. But that can become a bad thing. What if you don’t reach those targets? Then suddenly everything starts collapsing.

“I just want us to be a better product every week.”