The local 200m record holder has some work ahead but at least looks on track for the World Championships in London later this year. 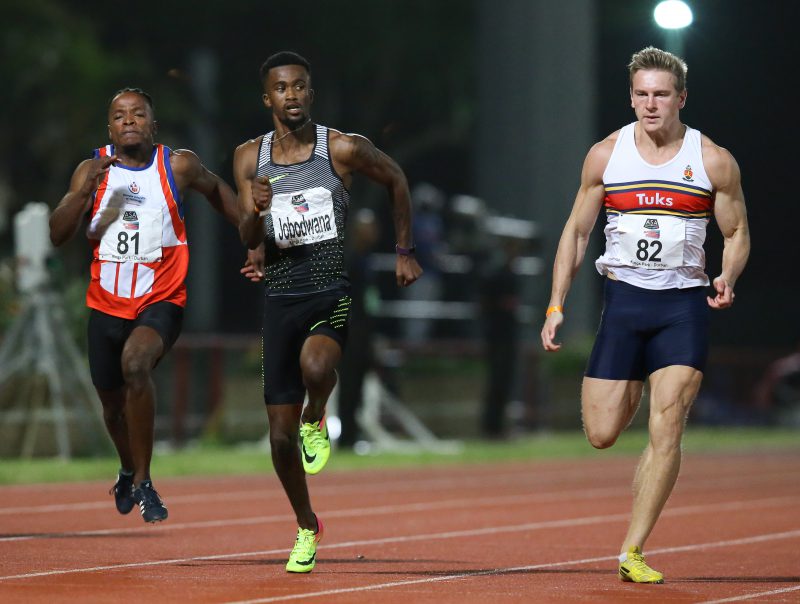 Though he was not delighted with his performance, sprinter Anaso Jobodwana said on Tuesday night he was pleased to be competing at top-flight domestic level again after missing most of the 2016 campaign due to injury.

The SA 200m record holder, who opened his season at a low-key provincial league meeting in Durban last week, got off to a sluggish start in the men’s 100m race at the first of four legs in the national Speed Series campaign at Kings Park Stadium.

Despite being pushed by a +3.9m/s tailwind, Jobodwana crossed the line in 10.21 seconds, well outside his personal best of 10.10 as he held off a charge from in-form powerhouse speedster Emile Erasmus (10.28).

And while he admitted he had some work to do ahead of a long season, with six months remaining before the World Championships in London, he felt he was on the right track.

“It’s very early in the year, so I’m not too fazed, but obviously I need to pick it up,” Jobodwana said.

“The good thing is that my top-end speed is still there, but I need to work on executing my start out the blocks.

“I’m just glad to be back in the competitive mindset, but we’ll go back to the drawing board and figure out a few things.”

In other events on Tuesday evening, distance runner Elroy Gelant battled through windy conditions in a largely solo effort, in preparation for the World Cross Country Championships in Kampala later this month.

Gelant, who was left on his own after the pace setters dropped out well before halfway in the men’s 10 000m race, held on to take a comfortable win in 28:16.54.

Marathon specialist Irvette van Zyl was also hampered by the conditions in the women’s 5 000m contest, and though she pushed hard from the start, her wheels came off as she was chased down by SA cross country champion Kesa Molotsane.

The next leg in the inaugural Speed Series will be held in Bloemfontein next week, with 400m world record holder Wayde van Niekerk expected to turn out in his home province.