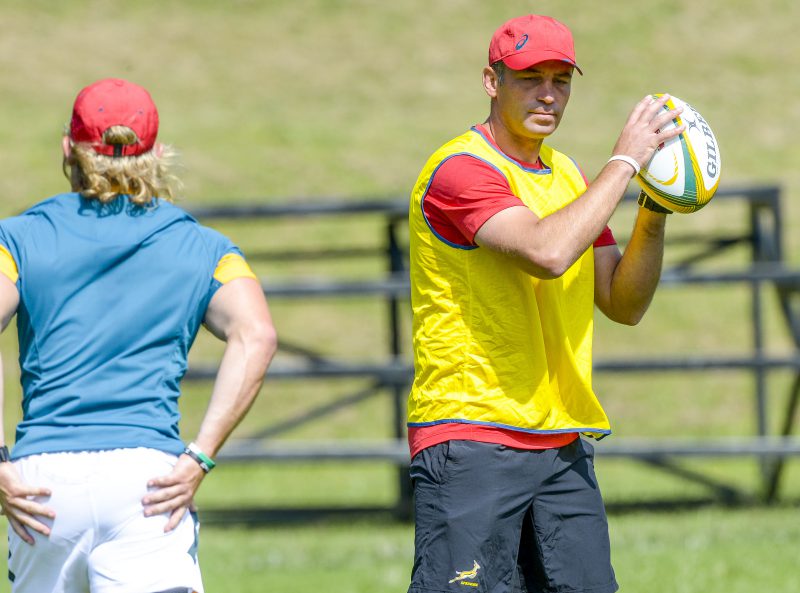 Franco Smith is already in the thick of things as the new Bok assistant coach. Photo: Sydney Seshibedi/Gallo Images.

Franco Smith, the Cheetahs mastermind and new full-time Springbok assistant coach, is adamant good systems need to be in place when it comes to overseas-based players.

As a group of 41 players concluded the first of various national camps for the year in Sandton on Monday, it has become clear phasing in players who play for foreign clubs will continue to be a challenge.

The issue is especially relevant after the South African Rugby Union (Saru) last week announced only overseas-based players with more than 30 Test caps can be chosen for the Boks.

This new system kicks in from 1 July.

“We had two weeks last year to prepare for the Barbarians and then the next week we lost half of the players. The overseas guys sometimes can only join us at inconvenient times. It’s disruptive but it’s another challenge we have to handle,” said Smith on Monday.

As a result, he believes the new criteria for foreign-based players will make everyone’s job easier.

“If we work to get good systems in place it’s much easier to get two, three or four guys into the starting lineup who  understand their role immediately,” said Smith.

“And I think that’s where we are heading.”

Like head coach Allister Coetzee, Smith was excited about getting preparations for the international season going.

“The purpose of this camp was to expose the invited players to a national playing style. We want them to learn to keep a basic shape in general play when they play for the Boks,” he said.

“It’s really important for everyone to understand their role. I was also keen to discover what each player can bring to the game and to make them understand what we think about the game.”

Having previously coached Italian club treviso, Smith is keeping a keen eye on the happenings in Europe, with the French due to visit in June.

“I have coached over there for seven years. I follow those teams and what they do at club level and in the Six Nations. I maintain a keen interest,” he said.

More importantly, as a domestic head coach himself, Smith lauded the new-found cooperation between the national team and the Super Rugby coaches.

In fact, he believes it’s already bearing fruit as evidenced by last weekend’s Super Rugby matches, where all the SA teams were very keen to exploit a high-tempo approach to the game.

“Being one of the franchise coaches and sitting in meetings with them, the local teams have embraced the ball-in-hand approach is,” said Smith.

“Even though Super Rugby and Test match rugby are two different things, it’s just great for everyone to chip in.”