South Africa's doubles ace soars with his partner-in-crime Rajeev Ram as they beat the former world No 1 in Indian Wells. 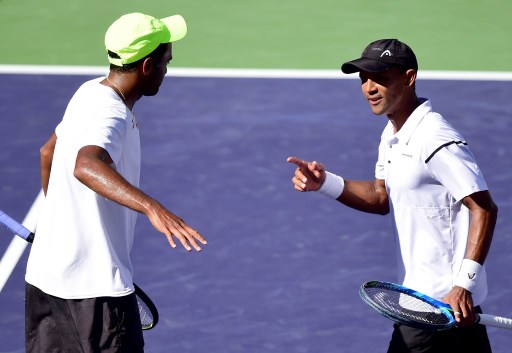 Raven Klaasen is two wins away from a second career Masters title, after the South African doubles specialist and American partner Rajeev Ram booked their place in the semifinals of the BNP Paribas Open in Indian Wells, California.

Turning out in the quarter-finals on Thursday morning, Klaasen and Ram clawed their way back from a set down to beat former world singles No 1 Novak Djokovic and fellow Serb Viktor Troicki 3-6 6-2(6).

In the second round, held earlier in the week, the duo had continued a fine run of recent form by defeating 14-time Grand Slam singles champion Rafael Nadal of Spain and Australian Bernard Tomic.

The No 6 seeds, who lifted the crown at the ATP 250 tournament in Delray Beach last month, were set to face Gilles Muller of Luxembourg and Sam Querrey of the United States in the penultimate round.

In his only previous win at a Masters tournament, Klaasen won the Shanghai Masters with former Brazilian partner Marcelo Melo in October 2015.

Klaasen and Ram reached the Miami Open final in April last year but they fell in the trophy decider.

Kevin Anderson, the only SA player in the main singles draw at Indian Wells, was eliminated in the second round last week after a hard-fought 4-6 6-3 6-7(4) defeat to American Steve Johnson, the Olympic doubles bronze medallist.