Rhythm key for Caster Semenya as she juggles events

South Africa's Olympic golden girl will focus on shorter distances this weekend after impressing with her effort over 3000m in Potch. 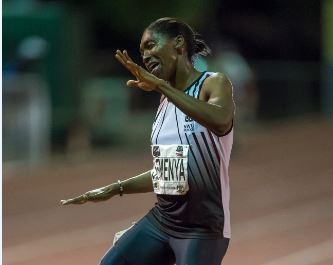 Though she is unlikely to decide on her World Championships programme until the eve of the August showpiece, Caster Semenya says she might defend her treble crown at the SA Championships in Potchefstroom next month.

At last year’s national championships in Stellenbosch, Semenya won the women’s 400m, 800m and 1 500m fi nals, becoming the first athlete to hold all three titles at the same time.

She went on to secure the 800m and 1 500m gold medals at the African Championships in Durban, as well as 800m gold at the Rio Olympics, before winning the 400m dash at the Diamond League in Brussels.

Having expanded her range even further on Wednesday, opening her season with a 9:36.29 personal best over 3 000m at the Speed Series meeting in Potchefstroom, Semenya confirmed she would drop down in distance this weekend and concentrate on sprint events at the Athletics Central North West provincial championships.

“We still want to play around and check where we are in the 200m and 400m. We’re not focused on time at the moment, just rhythm,” Semenya said.

Likely to experiment across the distance scale throughout the season, Semenya hoped to juggle a variety of events.

“We haven’t decided on anything yet.”