The Egyptian rider dedicates her win in Durban's African Track Cycling Champs to her late comrade, who died on Monday. 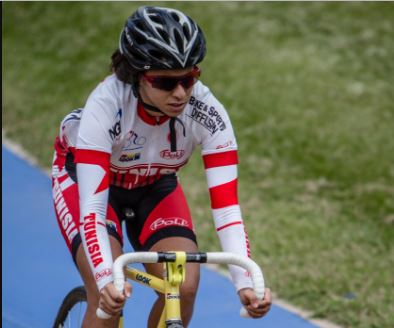 Egyptian rider Ebtissam Zayed dedicated her medals to teammate Eslam Nasser Zaki on Tuesday, after stepping on the podium three times at the African Track Cycling Championships in Durban.

On Monday’s opening day of the continental spectacle, 22-year-old Zaki had collapsed and died while competing in the elite men’s omnium-tempo race.

The second day of competition started with a moment of silence, and cyclists and officials wore black arm bands in his memory.

Zayed said she had been forced to fight back tears on her way to victory in the elite women’s individual pursuit and keirin events.

She also earned the silver medal in the team time trial with compatriot Donia Rashwan.

“I don’t know if I am happy or so sad because I won two gold medals today, but I lost my friend yesterday,” Zayed said.

“I give him these two gold medals today. I know he’s not with me right here, but I give them to him anyway.”