The former Bok flyhalf and SuperSport commentator says he was 'out cold' for several minutes before being rushed to hospital. 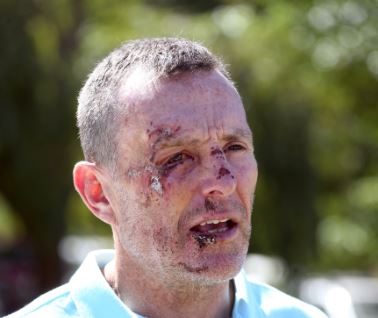 Former Springbok flyhalf Joel Stransky has provided details of his horrific accident in the prologue of this year’s Cape Epic.

The SuperSport pundit was rushed to hospital last Sunday after the crash left him with a punctured lung and broken ribs.

Stransky says he’s still in a lot of pain and will undergo plastic surgery this weekend to repair injuries to his face.

He nonetheless rocked up at Thursday’s fourth stage to support his teammate, former Sharks centre Jeremy Thompson, and received a loud cheer from spectators.

Watch here how he describes his accident.