According to an inside source, a formal proposal had been submitted to Top Rank on behalf of Chris van Heerden’s team.

According to someone close to discussions, van Heerden’s camp was in contact with sports minister Fikile Mbalula this week, and the possibility of a bout for Pacquiao’s WBO welterweight title now rests in the hands of Sport and Recreation SA.

Pacquiao’s promoter, Bob Arum of Top Rank, announced this week that he planned to fight in July and again in November, though his opponents had not yet been confirmed.

According to the source, a formal proposal had been submitted to Top Rank on behalf of van Heerden’s team.

If the fight took place, it would be the biggest boxing contest in the country since British giant Lennox Lewis was knocked out by American challenger Hasim Rahman in a world heavyweight battle at Carnival City in April 2001.

Government would be required to find all the funding to host the fight, though it would take all revenue from broadcast rights, ticket sales and sponsorship.

Van Heerden’s manager, Peter Kahn, could not elaborate on possible discussions with Mbalula.

“Any announcements of a proposed fight would be made by Top Rank at the appropriate time,” Kahn said on Friday.

Pacquiao, the only fighter to have won world titles in eight different divisions, was widely considered the best pound-for-pound boxer at the summit of his career.

In his 67 professional fights, the 38-year-old pugilist has earned 59 wins, 38 of them by knockout.

Van Heerden, a former holder of the IBO welterweight belt and now WBA Pan African champion, has had 25 wins in his 28 bouts, albeit against lower-ranked opposition than the Filipino star.

Mbalula has repeatedly shown interest in international boxing, and he reportedly spent nearly R500 000 to bring Floyd Mayweather to South Africa in 2014, even though the American fighter never stepped in the ring.

“If anyone would know, it’s the promoters,” said his spokesman Esethu Hasane. 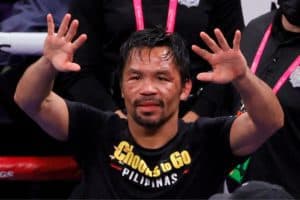 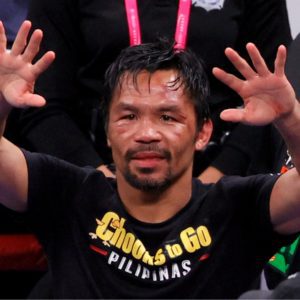