The locally-registered team decide to manage their Olympic star ahead of this year's Tour de France, their 'main focus'. 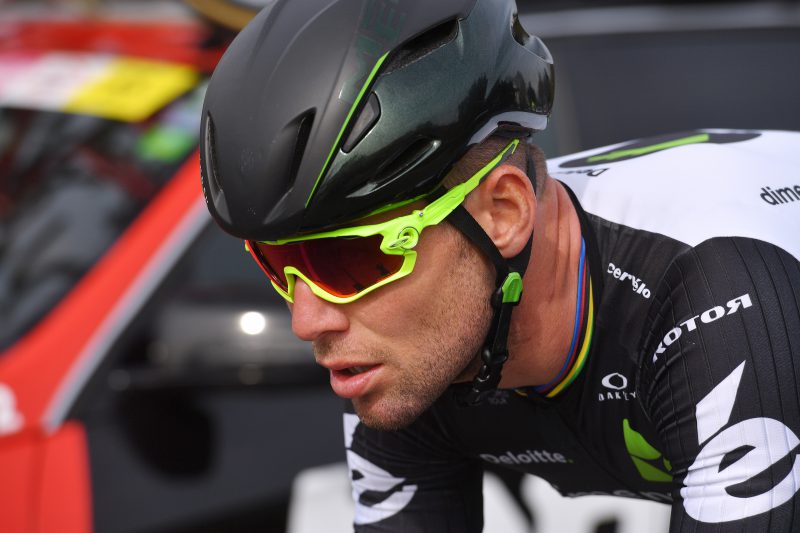 British sprint ace Mark Cavendish will not be available for local team Dimension Data at two one-day road races this week, after being sidelined as a precautionary measure ahead of more prestigious stage battles over the next few months.

The 31-year-old rider would not turn out at the Scheldeprijs, a European Tour contest in Belgium on Wednesday, or the Paris-Roubaix, a World Tour race in France on Sunday, the SA-registered outfit confirmed.

“Cavendish… has been hampered by pain felt in his right ankle,” Dimension-Data said in a statement.

“The discomfort was first felt on the penultimate stage of Tirreno-Adriatico in March.”

A silver medallist on the road at the World Championships last year, and on the track at the Rio Olympics, the 31-year-old rider displayed good form earlier this season when he won the points classification at the Abu Dhabi Tour in February, after reaching the podium on three stages.

Having won the points classification at all three Grand Tour races, with a total of 48 stage victories in the last nine years, Dimension-Data said they were relying on having the experienced speedster at his best at this year’s gruelling top-flight contests.

While the Giro d’Italia was scheduled to be held next month, the team said the Tour de France in July would be the main focus this year, and though they had plenty time for Cavendish to prepare, team doctor Jarrad Van Zuydam said he would be sidelined from racing indefinitely.

“The injury was thought to be resolving but has unfortunately flared up again during training,” Van Zuydam said.

“Further investigation and treatment is necessary over the coming days to resolve the injury before Mark returns to racing. We are hopeful of a speedy recovery, though it would be premature to set a date for his return to racing at this stage.”