Brent Szurdoki and Zane Waddell book their places for Budapest as Chad le Clos finishes on a high in Durban. 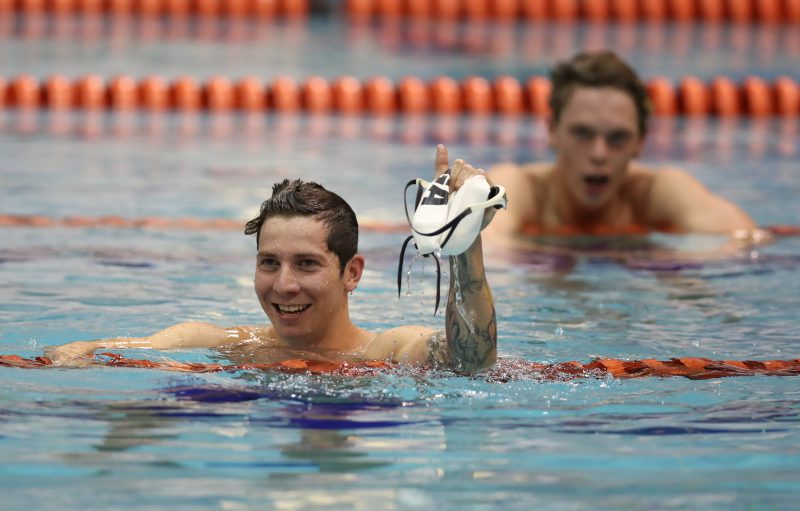 A total of eight swimmers have booked their places in the provisional national squad for the World Aquatics Championships in Budapest in July, after two more achieved the qualifying standards at the SA Championships in Durban on Saturday.

Distance specialist Brent Szurdoki won the men’s 1 500m final in the evening session, touching the wall in 15:11.22 on the sixth and final day of the annual showpiece.

Sprinter Zane Waddell also stuck up his hand, clocking 22.41 to finish second in the 50m freestyle behind Olympic finalist Brad Tandy, who won in 21.97 after achieving the required mark in the semifinals.

Chad le Clos, who had already achieved the standards in the 100m and 200m butterfly, as well as the 200m freestyle, closed out his national campaign in style by racing to gold in the 100m fly in 51.29.

Meanwhile, a large group of teenage swimmers were in superb form throughout the week, with 24 individuals qualifying for the World Junior Aquatics Championships in Indianapolis in August.