The former Proteas seamer, once the top-ranked ODI bowler, is the sixth player to be implicated in domestic cricket's match-fixing saga. 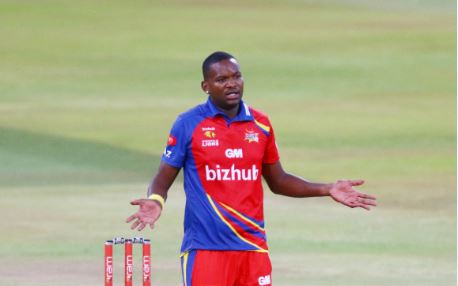 Another piece of domestic cricket’s match-fixing puzzle fell in place on Monday.

He has only been provisionally suspended, suggesting details of his involvement is still a tad unclear.

The local federation confirmed the 33-year-old had:

Tsotsobe is the fifth player to be implicated in the scheme, which was facilitated by former Proteas one-day player Gulam Bodi.

Bodi was banned for 20 years from engaging in any cricket-related activities and recently admitted in an interview that he was “sincerely sorry” for what he had done.

Thami Tsolekile, Jean Symes, Ethy Mbhalati, Alviro Petersen and Pume Matshikwe are the other implicated players who have all been handed bans between two and 12 years.

The investigation into Tsotsobe’s involvement has been particularly lengthy and, at times, frustrating.

He had admitted almost 18 months ago that he was being investigated but maintained his innocence.

Tsotsobe has also not played any competitive cricket since that season’s T20 competition and subsequently lost his contract with the Highveld Lions.

Allegations of domestic troubles have also plagued the player.

The Citizen had previously established from two sources that  Tsotsobe was offered debt councilling services by the South African Cricketer’s Assocation (Saca) but refused.

It was also recently revealed by Cricbuzz that Tsotsobe’s legal representation is in jeopardy.

He hasn’t paid the firm the outstanding balance and is now apparently without any legal assistance.

It’s all a dramatic fall from grace for a man who was once the top ranked bowler in One-day Internationals.