Wayde and Caster make their points in Cape Town

The dynamic duo finish of their prep for the international season ideally with starring performances at the SA Student Champs. 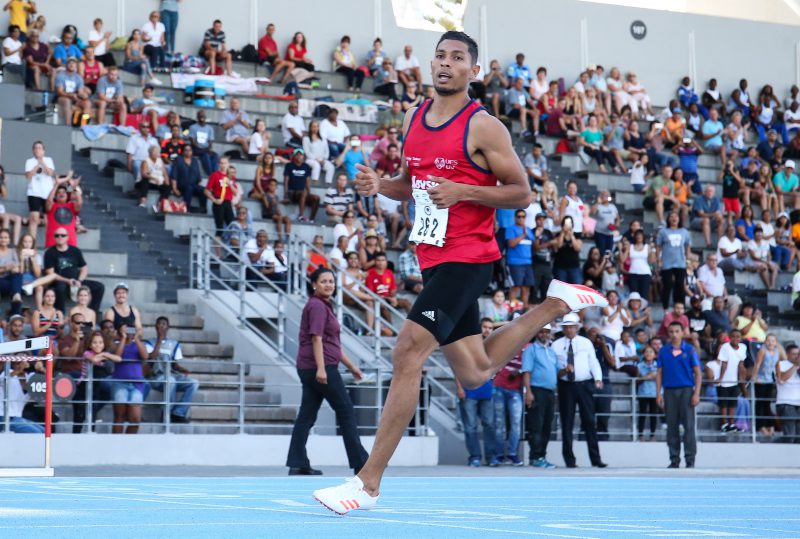 Wayde van Niekerk and Caster Semenya made subtle statements ahead of the international track and field campaign on Saturday, coasting to multiple titles at the SA Student Championships in Cape Town.

In his first attempt at a 200m/400m double since confirming he would race both distances at the World Championships in London in August, Van Niekerk charged to a convincing victory in 20.10 seconds in the half-lap final.

On Friday’s opening day of competition at the varsity spectacle, the world record holder had coasted to the 400m title in 46.28, holding off national senior champion Pieter Conradie by 0.05.

Semenya had shown solid form over a variety of distances throughout the domestic season, and though the Olympic champion had not yet committed to anything beyond the two-lap event in the English capital, she was expected to do some juggling on the international circuit this year.

In other disciplines in the Mother City, long jumper Ruswahl Samaai produced another big leap, and while his 8.35m effort landed 14 centimetres short of his personal best set at the SA Senior Championships last week, he went unchallenged at the student event.

In an impressive display of stamina, middle-distance runner Rantso Mokopane produced one of the standout performances of the annual varsity championships.