The Spaniard is also now the joint King of the Mountains of the Giro d'Italia. 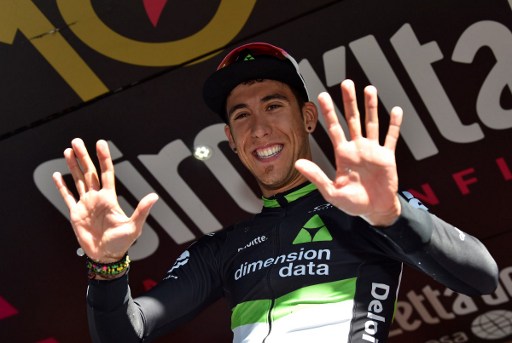 Though Fraile had twice previously won the King of the Mountains classification at the Vuelta a Espana, it was the first stage victory of his career at a Grand Tour race.

Fraile joined countryman Mikel Landa (Team Sky) in an early break, and despite the pair being caught by the peloton with a little more than 30km remaining, he did well to launch another attack with Frenchman Pierre Rolland (Cannondale-Drapac) as they surged clear of the group.

He held on for a superb victory on the 161km stage between Florence and Bagno di Romagna, edging out former world champion Rui Costa of Portugal (UAE Emirates) who produced a late challenge in a sprint for the line.

Leading the charge up the climbs, Fraile rose to joint first place in the King of the Mountains classification behind Slovenian Jan Polanc (UAE Emirates), with Eritrean teammate Daniel Teklehaimanot slipping to fifth position in the race for the climbers’ jersey.

Australian Nathan Haas was forced to withdraw from the race, leaving the Di-Data squad with eight riders for the remaining 10 stages, after Fraile earned their ninth top-10 finish of the race.

Overall leaders Tom Dumoulin (Sunweb) of the Netherlands was more than two minutes ahead of the rest of the field in the general classification, as the peloton moved into the second half of the gruelling annual contest.