The national coach picks his squad for France on Tuesday. But there's a whole lot more to consider than merely that. 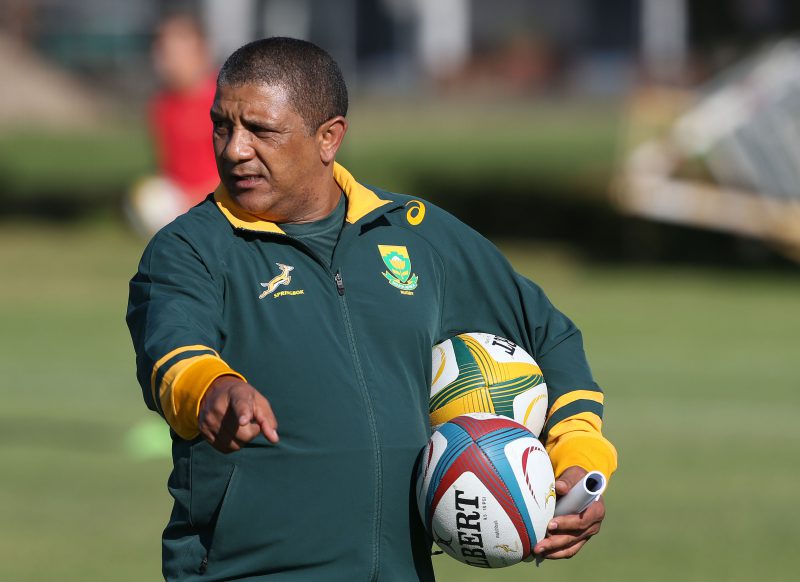 Allister Coetzee has a lot on his plate. Photo: Carl Fourie/Gallo Images.

Springbok coach Allister Coetzee will be caught under the proverbial spotlight with the announcement of the 31-man national squad on Tuesday for the three-match Test series against France next month.

The announcement of his new national captain will probably be Coetzee’s most burning issue with former skipper Adriaan Strauss announcing his retirement after last season’s nightmare season.

The Bok coach’s biggest challenge will be the appointment of his new captain.

It’s no easy call at all, even though it might only be released in the week before the first Test at Loftus Versfeld on June 10.

Adriaan Strauss didn’t work out last year, probably not because of his abilities but more about the transition when several experienced leaders like Jean de Villiers, Victor Matfield and Fourie du Preez were lost.

The local front-runners have to be Warren Whiteley, Eben Etzebeth and Siya Kolisi.

But what about Pat Lambie, Handre Pollard and Duane Vermeulen, whose French connection might count against him?

The second biggest challenge awaiting Coetzee is that of the Bok flyhalf.

The All Blacks might have the luxury of Aaron Cruden, Beauden Barrett and Richie Mo’Unga.

But the Boks don’t have those options.

Elton Jantjies has been a consistent performer for the Lions.

On current form he is the top No 10, but has struggled to make the jump to international level.

Pat Lambie has struggled with concussion and Handre Pollard with ankle and shoulder injuries.

Is the much-maligned Lionel Cronje the best option?

Another obstacle awaiting the Bok coach is the 30-Test scenario.

It has been determined that after June only foreign Boks who have played more than 30 Tests will be considered for future Bok selection.

It will rule out players like Bulls centre Jan Serfontein and Sharks No 9 Cobus Reinach who are foreign-bound, but they might come back for the World Cup in 2019.

Could he recall wing Ruan Combrinck who has seen little action since his shoulder operation?

The Bok coach will again fall back on experience and continuity in team selection, but he will be eager for his players to increase their workrate and intensity especially in defence and this is where new defence coach Brendan Venter will play a leading role.

Players with a high workrate in the back three, like wings Courtnall Skosan and Raymond Rhule, will be crucial, while the experience of a Bryan Habana or a JP Pietersen or a Francois Steyn will be added to the possible mix.

Dominance in the tight exchange will be on the to-do list for Coetzee, but the jury is out on how big a role reverted looseheads to the crucial tighthead role like Coenie Oosthuizen and Trevor Nyakane will play.

Last year Steven Kitshoff showed that he deserved a starting role ahead of Beast Mtawarira who doesn’t possess the all-round workrate of Kitshoff, who has now permanently moved back to SA after a three-year stay in France.

While the Boks preferred to go in without a ground specialist last year with Marcell Coetzee injured and Francois Louw not on top of his game, Jaco Kriel and Siya Kolisi are also not specialist breakdown scavengers, which opens the equation for the introduction of a Kwagga Smith or a Chris Cloete.