Look before you leap on the Springbok squad

It would be difficult to argue that the almost general feeling of euphoria at the Bulls getting an embarrassing comeuppance at the hands of the rampant Lions at Ellis Park over the weekend was not general.

Ironically though, it was Dave the Silent, a deep-thinking man who firmly maintains that he has only a rudimentary grasp of rugby, who made the most significant comment after the final whistle. “Well,” he said.

“I would imagine that the result finally buries any debate about just who is the best Super Rugby side in this country is right now.” In truth he had it in one after the Bulls went home across the Jukskei on the wrong end of a 51-14 hiding. And, in truth, there was very little to add in any further analysis.

But the debate was far from over among the members of the usual gathering, with the Arithmetically-challenged Golfer, a self-styled oracle on sporting matters, putting forth the hypothesis that Bok coach Allister Coetzee, should draft the full Lions team into Springbok jerseys for next month’s Tests against the touring French. “He can’t do any worse than he did last season,” the Arithmetically-challenged One opined.

“He can always add a couple of his Western Cape favourites on the Bench.” The Silent One, a firm believer of looking before leaping and the old adage of never consigning all the eggs in a single basket, lifted a quizzical eyebrow at this unbridled burst of enthusiasm.

“I have told you more than once that I am not a rugby expert, but even I can see that the Lions are by far the best South African side in Super Rugby and that the team are playing a superior version of the game, good enough to win all their tour games in Australia.

“And that, if I recall, that the consensus was that winning ugly as they did in that 13-6 victory over the Brumbies in Canberra was every bit as valuable as their 47-10 win over the Rebels in Melbourne or seeing off the Force in Perth.

“The overwhelming impression is that the Lions play like a unit who are enjoying their rugby and I fully support the idea that the Springbok coach should name Warren Whiteley as his captain, but we all know Coetzee has his own priorities and that he has never exactly gone overboard in naming players from the Ellis Park outfit in his squad unless he was allowed no obvious option.

“But surely even you must appreciate that there are players out there who probably haven’t shone as they might this season, but fully derserve the chance to pull on the green and gold. You can’t just pick the Lions and leave out players from the Sharks or even the Bulls, Cheetahs and Stormers because of a rush of blood to the brain.”

The Silent One, having said his say, sat back and watched the Arithmetically-challenged One flounder like a beached fish, his initial vocal outburst having painted himself into an indefensible corner.

“And anyway,” said the Silent One as he rose to leave, “aren’t you the one who used to wear a Sharks jersey before the Lions started winning”? 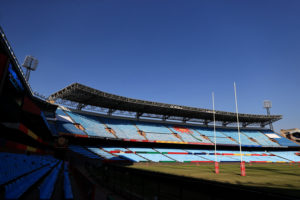 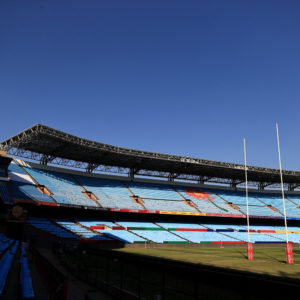 The challenge of stop-start rugby is keeping players motivated
6 hours ago
6 hours ago
PREMIUM! A summer of sport potentially ruined: The hypocrisy is infuriating
7 hours ago
7 hours ago
PREMIUM!

The challenge of stop-start rugby is keeping players motivated
6 hours ago
6 hours ago
PREMIUM!

A summer of sport potentially ruined: The hypocrisy is infuriating
7 hours ago
7 hours ago
PREMIUM!