A nation holds its breath

Springboks, Proteas and Bafana in must-win matches this weekend. 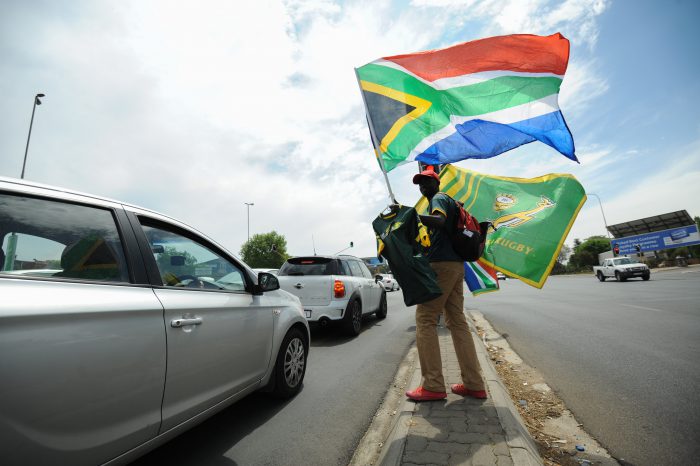 National pride is at stake this weekend when the Springboks, Bafana Bafana and the Proteas are out in full force to conquer their demons on the international stage.

The Boks kick off a bumper sporting weekend at 5pm in the first of three Tests against France at Loftus Versfeld in Pretoria this afternoon, followed by Bafana taking on Nigeria in an Africa Cup of Nations qualifier in Uyo at 6pm and the Proteas facing India in a mustwin Champions Trophy match at 11.30am at The Oval tomorrow.

And the stakes couldn’t be higher for all three. The Boks need to put their money where their mouths are and only a victory against the French will show that their dismal campaign in 2016 is, indeed, water under the bridge as coach Allister Coetzee has been claiming in the build-up.

It is rumoured that Coetzee could face the axe should they lose the series against the unpredictable French.

Bafana have never beaten Nigeria in a competitive match and new coach Stuart Baxter will be desperate to rewrite the history books and rally the battered Bafana fans behind him in his first assignment since taking over the reins for a second time last month.

The Scotsman is hoping new captain Thulani Hlatshwayo’s confidence can rub off on the national side after the tough defender led Bidvest Wits to a historic first Absa Premiership title a few weeks ago.

Past failures and the dreaded “chokers” tag will weigh heavily on Proteas captain AB de Villiers’ shoulders in London as they take on India in their last group match that has effectively become a quarterfinal after both sides suffered shock losses to Pakistan and Sri Lanka.

The winner will likely face England or Australia in the last-four, while the loser will pack their bags.

“We know that there’s a lot of talk about us having not won a competition for a long time.

There’s nothing we can do about it,” said Proteas coach Russell Domingo.

“We’ve just got to focus on playing good cricket.” Springbok captain Warren Whiteley, who took over the reins from Adriaan Strauss, is keen to restore pride in the Bok jersey after losing a record eight of their 12 Tests last year.

“There is a lot of excitement ahead of this weekend and the ultimate test is for us to put that into practice,” he said yesterday.

“It’s a massive opportunity for us – we have had sufficient time to prepare and great training camps.” Baxter reckons their best chance to earn points in Nigeria is to “shut the crowd up”.

“If we let the crowd get excited and they enjoy the game it is a big plus for them (Nigeria).

“If we can turn it around and frustrate them, and we are better than they think,” said Baxter.

A nation holds its breath.