'I think this was good training for the marathon,' said Jones, who hoped to compete for Great Britain at next year's Commonwealth Games in Gold Coast. 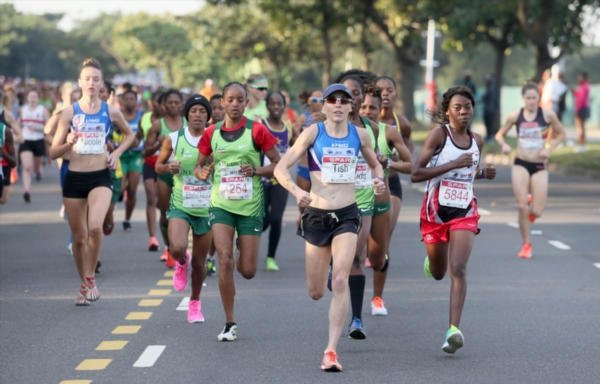 After dragging a four-member lead group through halfway in 16:19, which also included South African Nolene Conrad, Zimbabwean Rutendo Nyahora and Ethiopian Elisabeth Arsedo, she maintained her pace up front and soon dropped the rest of the field. She burst clear with less than four kilometres remaining to secure victory in 32:58, clipping seven seconds off her career record.

“I think this was good training for the marathon,” said Jones, who hoped to compete for Great Britain at next year’s Commonwealth Games in Gold Coast. “I need to do more speed, and I wanted a 10km personal best today.”

Series leader Kesa Molotsane, returning to action after undergoing minor surgery, charged through in the latter stages to grab second place in 33:31. Lebogang Phalula finished third, a further eight seconds back, with the first six women all running under 35 minutes.