Super Rugby: Now or never for the rampant Lions

Finishing top of the log grants them arguably their best chance ever to win a maiden title but they're wary of the wounded Sharks. 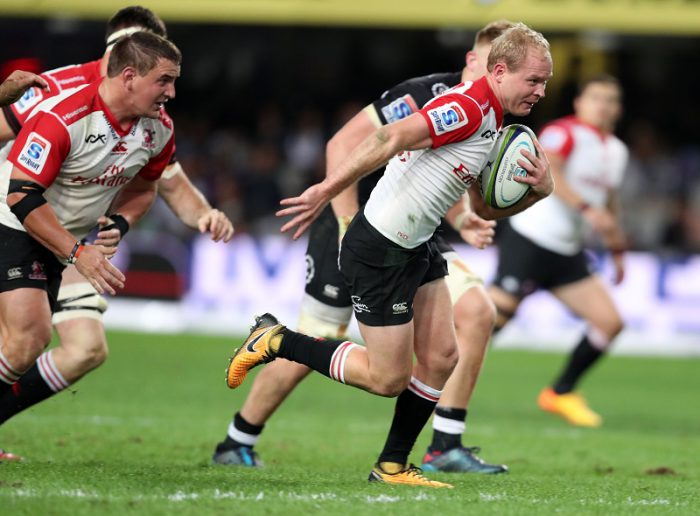 The Lions have given themselves a golden opportunity of potentially hosting the Super Rugby final by finishing on top of the overall table after the regular season finished in thrilling fashion at the weekend.

It’s the first time in five years that a South African team has finished in pole position and if the Lions do reach the final they will be first local team to host the final since the Bulls welcomed the Stormers to Soweto in 2010.

After the Hurricanes did them a massive favour by ending the Crusaders unbeaten run earlier on Saturday, the Lions made it count by beating the Sharks 27-10 in Durban to record their 12th straight win.

“One has to take confidence – and if you want to call it joy – by being first,” said Lions coach Johan Ackermann.

“Because now you know there’s no more games to play away from home and it’s entirely in our hands, so we are definitely in a better position.”

But despite outscoring the Sharks by three tries to one and equalling their record of 81 tries of last season, the Lions will need to improve on Saturday when they play the Sharks again in the quarterfinals at Ellis Park.

“The reality is that when you do get there, you have to be better. It’s all down to zero and the points won’t mean anything anymore,” said Ackermann.

The outgoing coach said he spoke to his assistant Swys de Bruin, who is to become the Lions’ new head coach after his departure, immediately after the game and they agreed what massive effort could be expected from the Durbanites.

“I told Swys after the game that everybody is expecting the Sharks to come and throw everything at us,” he said.

Ackermann said while they were expecting to host the Highlanders in the quarterfinals, they realised that it might have also been the Hurricanes or the Chiefs.

“The side who are facing us will come with everything, but we are at home and it is great for us and it will be awesome to have a good home crowd,” he said.