If there is one thing which takes the sporting fancy of the Incomprehensible Scot more than his love for “fitba” and “tha goff” it is tennis; he never misses a big match at the Grand Slams unless he is absolutely forced to.

“Ah luv mah tennus,” he proudly proclaims to anyone who will listen, and has backed this up with a ritual pilgrimage to Wimbledon. But the Incomprehensible One could still not get over the five-set loss by fellow Scot Andy Murray to Sam Querry in the quarterfinals.

“Ah ken tha’ Mooray wa’ plain’ on one laig,” he said. “He couldna pley tha’ last twa sets. But he give that Yank tha’ respec of pleyin’ tha’ match oot. Tha’ were a real dignatay in nae givin’ oop.”

But with Murray’s challenge this year nullified by a hip injury, the interest of the Incomprehensible One and his companion, the Arithmetically-challenged Golfer, turn to Roger Federer’s stately progress though the tournament.

“The sad thing,” said the Golfer, who like the Scot alongside him, had watched the years catch up on the remarkable career of Venus Williams in the women’s singles final against the leggy Spaniard Garbine Muguruza, “is that age eventually gets them all. “And Venus being forced to serve all those extra times to drag in back from deuce, really took it out of her. The first set was hugely competitive but she was only a shadow in the second and the 7-5, 6-0 scoreline says it all.”

The Incomprehensible One was lost in thought for a moment before the start of the men’s final. “Aye,” he said sagely. “But yon Federer is nae spring chikun.” The self-styled expert had an immediate reply to this. “Consider this,” he said in imperious tone.

“Federer has gone through the early rounds without dropping a set. He has also been on something like a revenge mission, beating Milos Raonic, the man who knocked him out in the semis last year, in the quarterfinals, and dispatching Tomas Berdych, who beat him in the quarters in 2010, to reach the final.

“Now he comes up against Marin Cilic, who beat him in the semis of the 2014 US Open to take his only Grand Slam title. This could just be a bridge too far for the Swiss.”

Again the Incomprehensible One paused for thought. “Aye,” he said. “But ye canna forgit tha’ yon has take a breek frae playin’ an puttin tha mind ta Centa Coort. Yon Federer willna take a beatin’ easy.” And so it proved as Federer out thought and outplayed the big-serving Croat to establish the record for Wimbledon men’s singles titles with an immaculate display of controlled aggression. The Incomprehensible One turned to the Golfer for one last salvo as the dust settled. 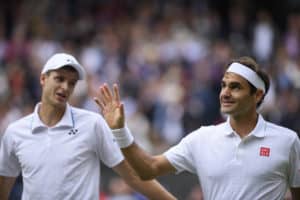 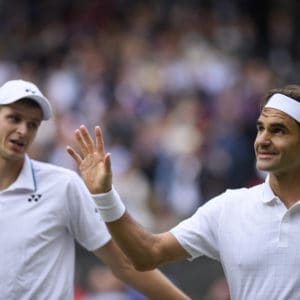 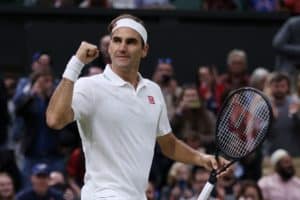 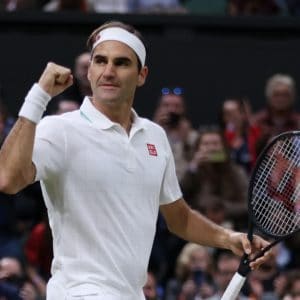 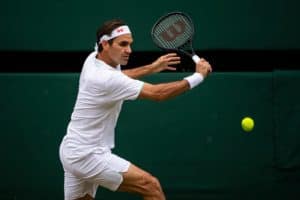 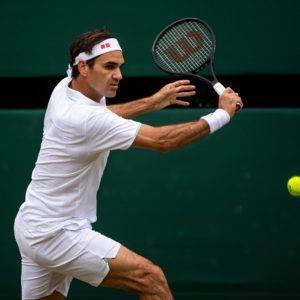