South Africa's kingpin sprinter aims to break his own 400m record while the Jamaican legend takes on Akani Simbine in Monaco. 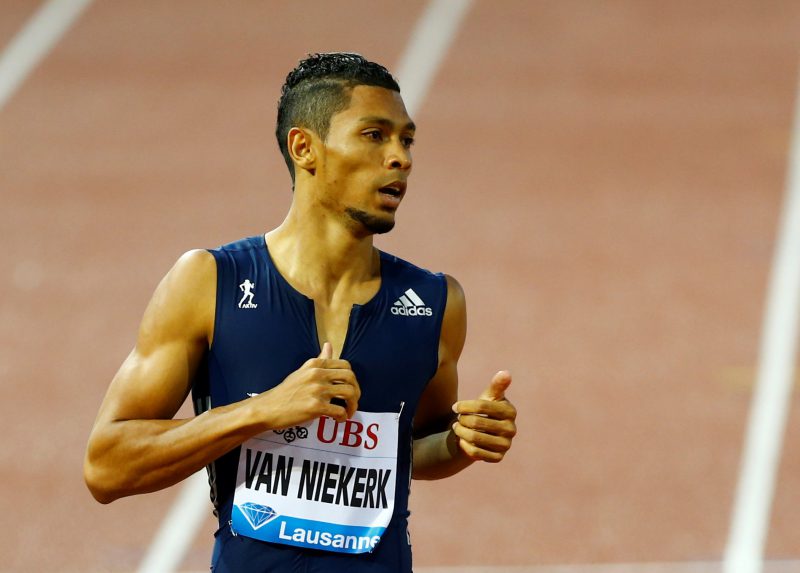 “This is purely a year of honouring Usain Bolt for what he has done for track and field, and sport in general,” Van Niekerk, who is tipped to break his own 400m world record, said on Thursday.

A day earlier, however, Bolt had suggested that Van Niekerk was one of the athletes to watch ahead of the Jamaican powerhouse’s planned retirement at the end of the season.

Though some had claimed Bolt was avoiding Van Niekerk at next month’s IAAF World Championships, opting to focus on the 100m sprint while Van Niekerk was set to chase a 200m/400m double, he insisted he was not afraid of losing.

“I never back down from a challenge,” said Bolt, who was set to line up against South African record holder Akani Simbine in the short dash in Monaco.

“I think one of the most disappointing things in my career is that he (Van Niekerk) came along at this late stage and I didn’t get to compete against him because I think he’s one of the best, hands down, right now.

“He’s really confident and he really works hard, and I’ve seen him because he has come to Jamaica to train.

“I’m never afraid. I live for competition but it’s too late now at the end of my career and we’ll never know what could have happened.”

Van Niekerk, who had displayed spectacular recent form, and Simbine, who was aiming to gain a confidence booster over Bolt ahead of the World Championships, were expected to form part of a five-member SA contingent at the 11th of 14 legs in the Diamond League series.