Caster Semenya’s London double – in her own words

Not only does South Africa's queen of the track have a world record time now in her sights, she also wants to become a businesswoman. 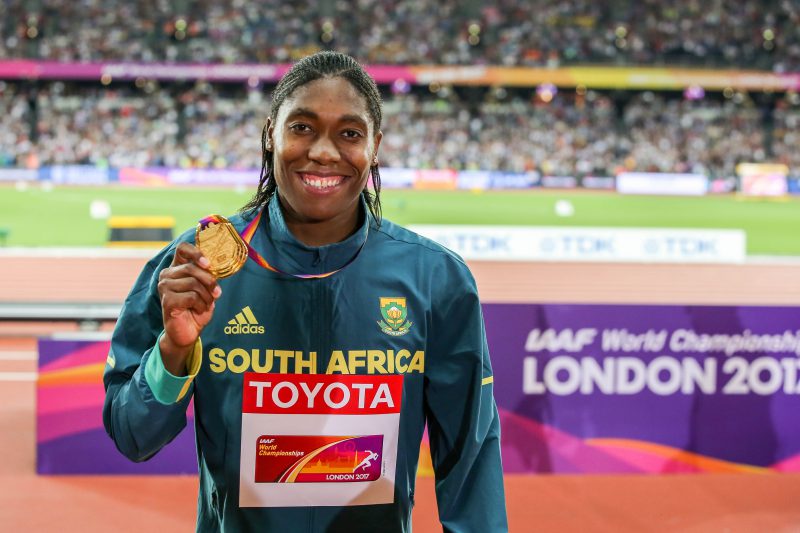 Caster Semenya made history on Sunday night by becoming the first South African woman to earn two medals at the same edition of the IAAF World Championships, bagging 800m gold to go with her 1 500m bronze.

She sat down with media to discuss her performances in London, her future as an athlete and other goals she retains off the track.

On the tactics of her opponents in the 800m final, after Francine Niyonsaba of Burundi and Ajee Wilson of the United States went out hard but failed to burn off Semenya’s blistering finishing kick.

“They made it easy for me because they took the lead. I have a lot of respect for them, and they ran a good race, but it worked in my favour because I needed about 56/57 (seconds on the first lap) to be able to run nice and easy, and comfortable, so it was quite an amazing race.”

On what lies ahead after breaking her own national 800m record with a dominant victory, crossing the line in 1:55.16.

On her ability to break the long-standing 800m world record of 1:53.28, with two races left on the international circuit this year.

“The world record is not something you can aim for in two months, so I think next year we’ll probably start to think about trying to break world records. At the moment we’re just trying to enjoy what we do, and we are enjoying it.”

On what lies ahead for her in future, at the age of 26.

“I want to be a successful business woman. I still want to break world records, I still have a foundation to run, so there are a lot of things on my mind. I still have to graduate (as a sports science student at North-West University) and that must come first, so I have to go back to school and study now.”

On the support she has received back home.