Driven Caster Semenya has ‘no time for nonsense’

She says her focus now is to study, graduate and create opportunities for athletes in Limpopo. 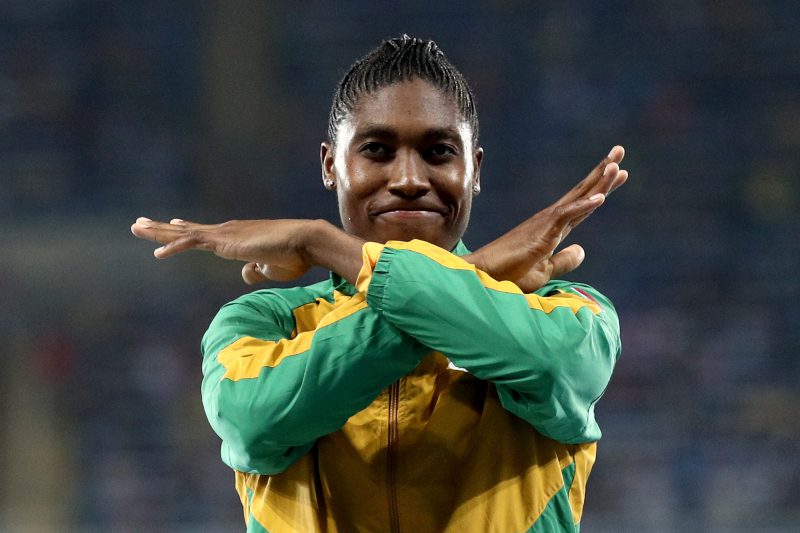 Caster Semenya eyes the reporter across the room, her relaxed demeanour and hearty chuckle replaced by a firm expression as she shifts forward in her chair.

She has again been asked about an invasive public probe into her gender, as she has on many occasions since she won the world title in Berlin at the age of 19.

Back then she was thrown to the wolves by administrators and politicians, who ignored a teenager’s vulnerability in order to flaunt a gold medal, and the subsequent global reaction ultimately locked a shy young girl deep within her shell.

She switched off, avoided most interview requests and closed herself down to the prying eyes of the outside world.

Semenya has never specifically avoided the question about her gender, but while at a younger age she was far more conservative in her response, she has finally emerged from her cocoon, and she now puts her foot down if she feels she’s being pushed.

“I have no time for nonsense,” she says after being asked about her condition and an impending decision on the matter during the World Championships in London.

She simply doesn’t want to discuss it any more, and one can hardly blame her as any decisions regarding the rules on hyperandrogenism are completely out of her control.

What she can control is her performances on the track, and elevated natural testosterone or not, she has proved her immense ability, both when it was believed her hormones were being suppressed by medication, and now that we know they are not.

Her inconsistent performances since 2009, while compounded by injuries, disruptive training and a wobbly switch between coaches, have been largely accredited to the belief that her condition gives her an advantage over her competitors.

However, whether that advantage is either real or fair remains under debate. Last year the Court of Arbitration for Sport (CAS) suspended the International Association of Athletics Federations (IAAF) rule which forced athletes with hyperandrogenism to suppress their natural testosterone levels, supposedly through medication.

Running injury-free in a new environment, Semenya subsequently burst back to her best when she broke her seven-year-old national record to win the Olympic title in Rio last year in 1min 55.28sec.

Last week she charged across the line in 1:55.16 to win the world title in London and climbed to eighth position in the all-time women’s 800m world rankings.

Though she has had her ups and downs over the years, Semenya was one of the best middle-distance runners in the world even when she was believed to be taking medication which slowed her down.

She now holds the 24 fastest times on the SA women’s all-time 800m performance lists, and when Russian doper Mariya Savinova’s case is finalised, her silver medals at the 2011 World Championships and 2012 Olympic Games should be elevated to gold, making her South Africa’s most accomplished track and field athlete.

Away from the track, Semenya has a lot on her plate, and training and competition offer only one aspect of a well-rounded life. Recently married to former elite distance runner Violet Raseboya, she has settled well into adult life.

In her final year as a sports science student at North-West University, Semenya has already ventured into both business and philanthropy by investing in the Princess D menstrual cup which aims to provide sanitary options to teenage girls in rural and disadvantaged areas.

She also speaks fondly of the foundation she wants to start back home in Limpopo, and in other areas, to give talented athletes opportunities and direction.

“I still want to break world records but there are a lot of things on my mind,” she says, looking ahead to her future as an athlete, an entrepreneur and a spouse.

Her soft, bubbly expression evaporates once more as she draws herself away from her comfort zone on the track.

It’s time to be serious, and when Semenya sets herself a goal, it’s best not to stand in her way.

“Right now I have to go back to school and study. I still have to graduate, and that must come first.”

And as much as the debate on the CAS decision may still be raging in the background, Semenya has made it clear she will not lose sleep over it.

Regardless of the impending result, she has already moved on, and she is happy enough with herself that she doesn’t need approval. Nothing will sway her attention now.

“Like I’ve said before, my focus is more on getting healthy and competing,” she says.