One of South Africa's youngsters at the World Rowing Championships doesn't quite make the cut in Sarasota. 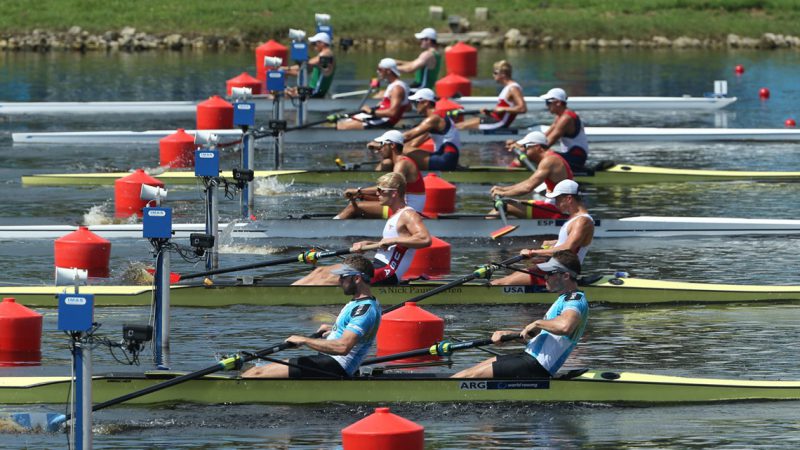 South Africa will have representation in the semis of the World Rowing Championships men's pair race. Photo: Igor Meijer/FISA.

Kyle Schoonbee crashed out of the medal contest at the World Rowing Championships on Wednesday, after being relegated to the lower-tier semifinals in Sarasota.

The 21-year-old Schoonbee, who earned silver at the World U-23 Championships in Plavdiv in July, finished fifth in his single sculls quarter-final in 7:03.20.

He was more than seven seconds outside a place in the top three, which was required to progress to the A/B semifinals.

Schoonbee would turn out again on Thursday for a place in either the C or D final in his discipline.

Three other SA boats were also set to compete on Thursday, all targeting lanes in the A finals of their events.

Medal contender Kirsten McCann was expected to get the national team’s campaign back on track in the penultimate round of the lightweight women’s single sculls, and the lightweight men’s double sculls crew of Vaughn Botes and Nicholas Oberholzer were also aiming to keep their medal hopes alive.

Sandra Khumalo, the only Paralympic rower in the SA squad, was due to turn out in a women’s single sculls repechage, with another A final spot on the line.