The team BCX rider was simply in a class of his own in Durban. 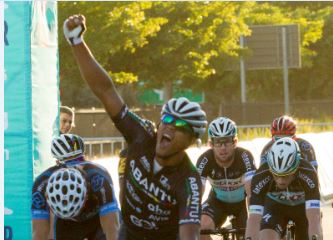 Nolan Hoffman again used his lightning speed to win a bunch sprint on Sunday, writing his name into the record books at the Tsogo Sun Amashova Durban Classic road race in KwaZulu-Natal.

The Team BCX rider outclassed a quality local field to complete the 106km race in 2:20:07.

After a superb effort from his professional outfit, who managed to control the contest by preventing a successful breakaway on the challenging course, Hoffman edged out Clint Hendricks of the Road Cover squad.

Hendricks’ teammate, Ryan Harris, was credited with the same time in third place.

In the women’s battle, Carla Oberholzer earned a convincing win, breaking away to take her maiden Amashova title more than three minutes clear of her nearest opponent, securing a clean sweep for the Demacon team.