Look out for these elite running stars in Tembisa Street Mile

The mini running festival isn't quite that well known yet but it punches above its weight with a brilliant, competitive field. 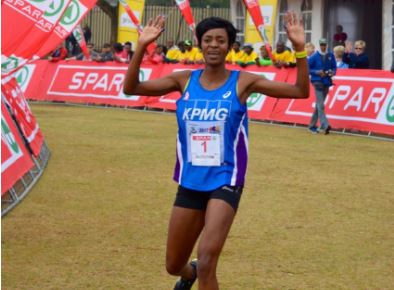 Though the race does not attract the largest of mass fields, with a limit of 1 500 entrants, organisers of the TomTom Tembisa Street Mile have again outdone themselves by putting together one of the most competitive elite line-ups in the country.

The mini road running festival, which also hosts age group mile (1.609km) races and a mass 10km event on Sunday, will see many of the nation’s top distance runners chasing a prize purse of more than R70 000.

Here are some of the main contenders.

A former World Student Games 1 500m bronze medallist, Motsau returns to defend the title he won last year when he set a race record of 4:06. The fastest 1 500m runner in the country this season (3:38.11), he will line up again as one of the favourites.

In superb form this season, Mokopane won the national 3 000m steeplechase title in Potchefstroom in April and took the silver medal over the barriers at the World Student Games in Taipei in August. He could spring a surprise against the metric mile specialists.

Possessing a thunderous kick, the African Championships 800m silver medallist will be out to prove he’s got the stamina to put up a fight over twice the distance. Having gained valuable experience at last year’s Rio Olympics, he toes the line as a dark horse.

After dominating the domestic distance running circuit this year, winning the national 5 000m title on the track and the Spar Women’s Grand Prix 10km series on the road, Molotsane will turn out in defence of the street mile crown she lifted in Tembisa last year.

Always in contention at domestic level, Phalula’s consistency and confidence making her an ever-present threat. Holding the course record of 4:44, which she set in 2014, she has the speed endurance to challenge for another victory if she has a good start.

One of South Africa’s most promising junior athletes, Weitsz has repeatedly proved herself against her senior opponents. The national 1 500m champion won this race two years ago, at the age of 16, and she is likely to put up another strong challenge in the chase for the line.

Though he made his debut over the marathon distance last month, clocking 2:12:49 in Cape Town, Gelant shook off the effects of that gruelling effort to finish fifth at the CitySurfRun 10km race in Durban three weeks later in 29:12. He’ll be a contender if he has another hard race in his legs.

Unable to find his best form this season, after an awesome 2016 campaign, Nkhasi will have a point to prove as the defending champion. The Lesotho athlete set the course record of 29:26 two years ago and he’s chasing a third straight victory.

Always eager to push the pace up front, Mohale’s ambitious approach more often than not ends in a second-half capitulation. When he gets it right, however, he’s almost untouchable and he will hope to shine again after winning in Tembisa in 2014.

Having elevated his status in a breakthrough season, Mosiako is no longer an outside contender but a firm favourite. After defeating a quality field to win the SA 5 000m title on the track earlier this year, he has gone on to prove his ability on the road as well.

With a fearless approach which often finds her controlling races from the front, Nyahora is one of the most consistent athletes competing on the SA road running circuit. The Zimbabwean athlete holds the course record of 34:51 and will fancy her chances.

Still in search of her best form after overcoming lengthy injury battles, Makhanya has regained her competitive edge this season. One of SA’s most accomplished road runners in recent years, she never backs down from a fight and will be difficult to beat.

A former national cross country champion, Mabona has all the attributes and the tactical sense to hold her own against the nation’s best, as she showed when she won in Tembisa last year. In a wide open battle, her experience at this race could be key.

* Entries are still available for the 10km mass race, and registrations will be taken on the morning of the event.