Wayde van Niekerk: glancing back on a superb career

The sprinting kingpin's best is probably still ahead of him despite his injury hiccup ... and his achieved so much already. 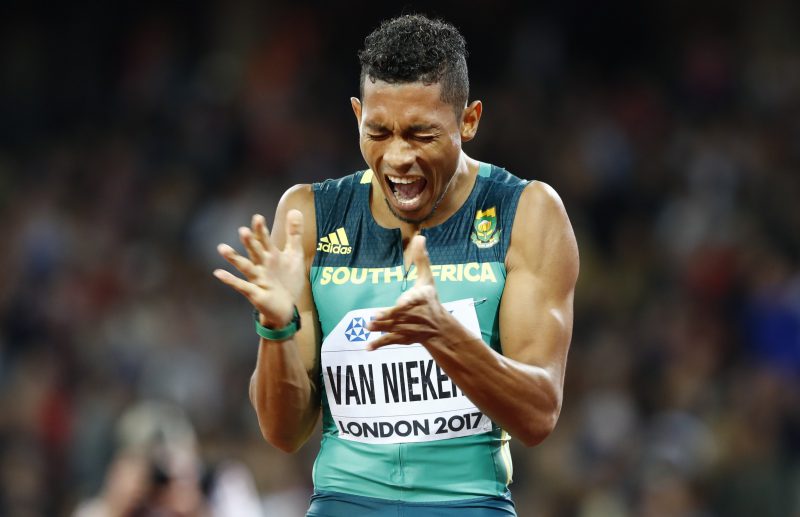 Injured sprinter Wayde van Niekerk is on the road to recovery after starting a six-month rehabilitation process.

Van Niekerk had a successful knee operation in Colorado on Tuesday night, his management team confirmed, followed by his first rehab session on Wednesday.

With the 25-year-old athlete facing a lengthy period on the sidelines, we take a look back on the highlights of his spectacular career thus far.

July 2010 – Showing real potential at international level for the first time, Van Niekerk takes fourth place in the 200m final at the World Junior Championships in Moncton, a week after his 18th birthday. He covers the half-lap distance in 21.02 seconds, just 0.02 outside a place on the podium, and learns valuable lessons which prove crucial down the line.

June 2014 – After shaking off some injury troubles in the early stages of his senior career, and shifting up to the 400m distance, Van Niekerk makes his first major breakthrough when he clocks 44.38 at the Diamond League meeting in New York, chopping 0.21 off the 15-year-old SA record jointly held by Arnaud Malherbe and Hendrick Mokganyetsi.

August 2015 – Stunning a full-strength line-up, Van Niekerk delivers a superb effort in the 400m final at the World Championships in Beijing, earning his first global title. With American LaShawn Merritt in the outside lane and Kirani James of Grenada lurking on his inside, the South African holds his composure to shatter the African record, stopping the clock at 43.48 in a hard-fought race.

August 2016 – After holding something back in the semifinals, nursing a hamstring niggle, Van Niekerk faces the daunting prospect of starting from lane eight in the Olympic 400m final in Rio. Running blind, he explodes from the blocks and storms clear to win comfortably, charging across the line in 43.03 to clip 0.15 off American legend Michael Johnson’s long-standing world record.

August 2017 – Expanding his programme, after showing tremendous potential over shorter distances, Van Niekerk gets the International Association of Athletics Federations (IAAF) to adjust the schedule at the World Championships in London, in order to attempt a rare 200m/400m double, and he does not disappoint. After retaining his one-lap title, he grabs silver in the half-lap final, 0.02 shy of the gold medal.