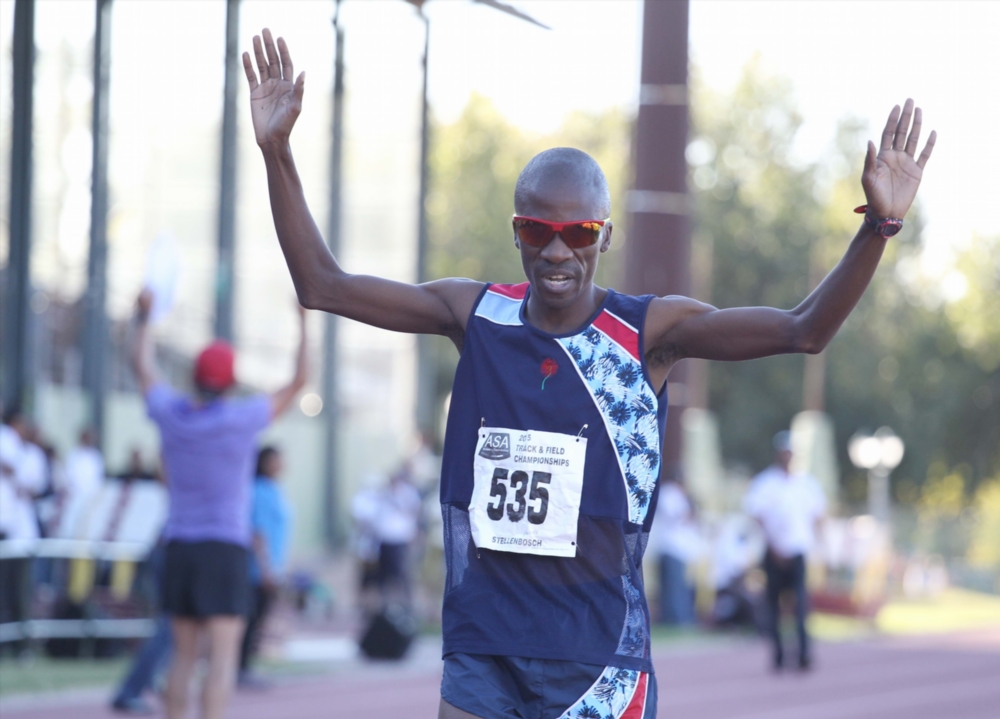 Making full use of his extensive experience on the course, defending champion Stephen Mokoka won a closely contested battle in China on Sunday, racking up a record fourth victory at the Shanghai Marathon.

Crossing the line in two hours, eight minutes, 35 seconds (2:08:35), Mokoka put up a fight in the closing stages to hold off Kenyan opponent Ernest Kiprono by three seconds, covering the 42.2km distance less than a minute outside his personal best of 2:07:40.

The top five men all finished within 65 seconds of each other in a hard-fought contest.

Adding to his victories at the Gold Label race in 2013, 2014 and 2016, Mokoka became the first athlete to win the top-flight annual contest four times.

It was his seventh successive top-four finish in Shanghai, and he flaunted his consistency by dipping under the 2:11:00 barrier for the eight season in a row.

In the women’s race, Roza Dereje of Ethiopia was also successful in her title defence, taking the win in 2:22:43.