For the first time since 2012, local athletics has a series again offering lucrative incentives and stern competition. 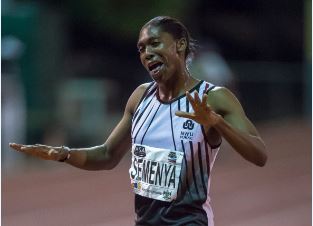 Caster Semenya is expected to be one of the headline acts. Photo: Christiaan Kotze/Gallo Images.

While further details are expected to be revealed next year, this is what we know three months out from the inaugural campaign.

Each meeting will host between 10 and 12 track and field disciplines, with the programmes of each event lasting just 90 minutes in an explosive format aimed at keeping spectators entertained.

The majority of the country’s elite athletes are expected to compete in the series, in the build-up to the Commonwealth Games in Gold Coast in April, including world champions Luvo Manyonga and Caster Semenya.

International athletes will be unveiled in the line-ups closer to the campaign.

A total prize purse of more than R1.3 million will be on offer, to be split evenly across the various disciplines at the three meetings, making it the most lucrative track and field series to be included in the local calendar in recent years.

While no corporate backing has yet been confirmed by the promoters, this is expected to be the first campaign of its kind in SA since the last edition of the Yellow Pages Series was held in 2012.