Aussie coach Lisa Alexander says our ladies are probably much better than their world ranking suggests. 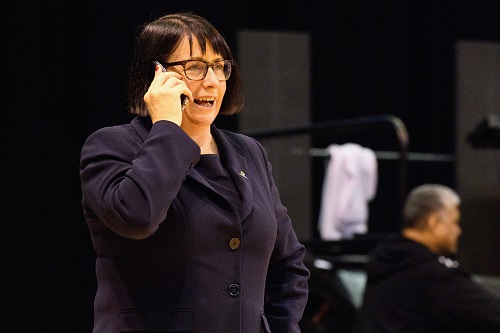 The strides made by the Proteas over the last couple of years are crucial to the growth of international netball, according to Australian head coach Lisa Alexander.

Speaking to local media this week in the build-up to the third leg of the Quad Series next month, Alexander credited the South African side for leading the continental charge and tipped them for a maiden medal at the 2018 Commonwealth Games.

“It is extremely important to netball on a global level for teams like South Africa and Malawi, and also Uganda, to be improving,” Alexander said.

“Over the next 20 years or so, this will not only help us remain one of the biggest international sports for women, but could also get us into something like the Olympics down the track, which will attract more funding.”

Though she admitted top-ranked hosts Australia were favourites on paper to defend their Commonwealth title on home soil at the Gold Coast Games in April, Alexander was wary of their opponents in Pool A, which included the world No 5 South Africans, fourth-ranked Jamaica, Barbados, Fiji and Northern Ireland.

The Proteas remained winless after three games in the ongoing Quad Series, but they had put up a real fight against the world’s top three teams, and the SA squad were aiming to reach the semifinals for the first time at the Commonwealth Games since the Kuala Lumpur edition in 1998 where they lost in the bronze medal play-off.

“South Africa are probably better than their ranking at the moment… and I think they are going to be extremely strong at the Commonwealth Games,” Alexander said.

The Proteas were set to face Australia in their next Quad Series match in London on January 20, before squaring up against New Zealand and England at the fourth and final leg of the campaign in Joburg a few days later.