Organisers plead with participants to support them in this regard but said the economic spin-offs mean they can't cancel the race. 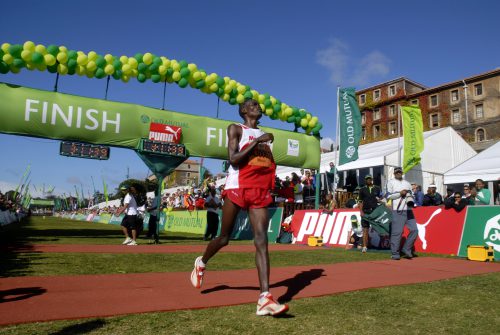 The Two Oceans marathon, set for Cape Town in April, has been cancelled, for the second year in a row. Picture: Getty Images

Participants have been urged to be as self-sufficient as possible at this year’s Old Mutual Two Oceans ultra-marathon, due to the ongoing drought in Cape Town.

“We are aware of the concerns voiced by worried citizens and we take saving water, and the event’s overall water impact on the city, incredibly seriously,” organisers said in a statement on Thursday.

Working with the City of Cape Town’s disaster management team, a water management plan was being devised, with multiple restrictions already in place for the annual event.

While organisers recognised that local residents were concerned, with thousands of runners taking part from other provinces and countries, they urged Capetonians to consider the economic impact, job creation and money raised for charity by the mass-participation event.

“A formal announcement detailing all our interventions will be made as soon as we have concluded our agreements with the relevant role players,” organisers said.

“While we are working hard behind the scenes to finalise these details, we as fellow Capetonians remain fully committed to saving water and use less than our allocated 50 litres per person per day.

“Through our close collaboration with the city and relevant stakeholders, we pledge to host the event responsibly and not impact negatively on our scarce resources.”

The 49th edition of the Two Oceans, featuring a 56km ultra-marathon and the country’s most popular half-marathon race, will be held on March 31.