The local long distance athlete smashes her own national indoor record by 13 seconds after her Commonwealth Games snub. 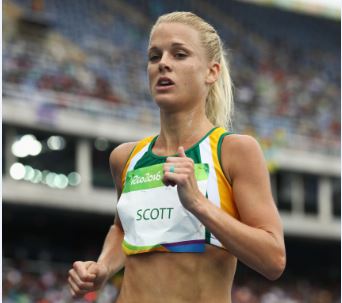 Putting up a fight against a world-class field at the Millrose Games meeting, Scott-Efurd took third place in 8:41.18 in the women’s 3 000m race, ripping nearly 13 seconds off her own SA indoor mark.

Again displaying her remarkable consistency with a spectacular season opener, the US-based athlete further established her place as the country’s brightest long-distance prospect on the track.

After being snubbed by selectors ahead of last year’s World Championships, and subsequently denied her only real chance to qualify for the 10 000m event at the upcoming Commonwealth Games, the 25-year-old Olympian was hoping to compete at the World Indoor Championships in Birmingham next month.

Though she was already in the preliminary squad for the biennial showpiece, however, the final SA team had not yet been announced.

Meanwhile, fellow distance runner Desmond Mokgobu delivered a solid performance on the road in Japan on Sunday, with SA athletes shining on either side of the globe.

Mokgobu won the Beppu-Oita Marathon in a personal best time of 2:09:31, climbing to 12th place in the all-time national rankings over the classic distance.