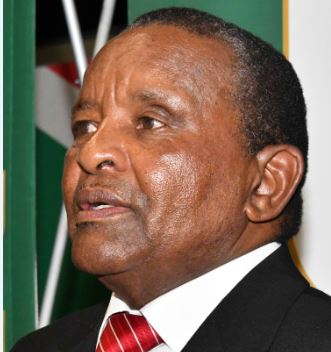 Some burning issues were raised on Monday, as the long-awaited ministerial inquiry into the SA Sports Confederation and Olympic Committee (Sascoc) got under way in Johannesburg.

“The general impression I’ve got so far (from witnesses) is that Sascoc was dysfunctional,” Zulman said near the end of the opening day.

“Of course, we’re going to have to hear the other side.”

Though her testimony regarding the sexual harassment claims was taken behind closed doors, Vardhan also made various other allegations, including Sascoc staff being “muzzled” by their bosses and the organisation’s apparent failure to react after her computer was hacked.

Lane also alleged that some Sascoc administrators were guilty of conflict of interest, with the governing body’s deputy president Hajera Kajee apparently being linked to kit supplier Sedgars, though she could not provide details to support the claim, and Sascoc president Gideon Sam being listed as a chairman and director of another service provider, sports marketing agency Accelerate Sport. She said evidence of this claim had been provided to the committee.

Among the other allegations made by witnesses who testified on day one were claims that Sascoc had stunted the development of athletes by denying wrestlers the opportunity to qualify for the 2016 Rio Olympics at the African Championships, and the organisation’s apparent refusal to allow two amateur bodybuilding federations to merge into one recognised body.

The inquiry would continue on Thursday and was expected to conclude on March 15.

“We want to get all sides of the story – the plaintiff, the defendant and the truth,” Zulman said.

“We’re mainly concerned with the truth.”