The former swimming star and board member is 'stunned' by the amount of infighting at the umbrella body. 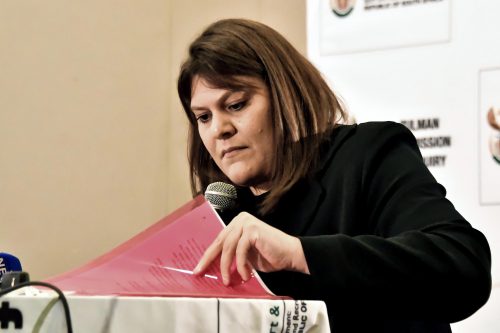 Du Toit, a member of the Sascoc board and head of the Olympic body’s athletes’ commission, told the ministerial committee of inquiry on Wednesday she had been stunned by the amount of infighting and conflict between Sascoc administrators after she joined the executive early last year.

“There was a lot of fighting in our board meetings, and as an athlete you’re not expecting that,” said Du Toit, a 13-time Paralympic champion.

Shortly after she was appointed to the board, Du Toit said she had listed some of her concerns in an email to Sascoc president Gideon Sam, but nine months later the organisation’s internal turmoil had escalated.

She felt core issues were not being addressed, and the Sascoc executive was failing to communicate sufficiently with members and athletes.

Since forming the 10-member athletes’ commission last year, Du Toit said they had already addressed some recurring issues, including controversy around qualifying criteria.

With more time and resources, she was confident the commission could play a key role in stabilising the rocky relationship between Sascoc and elite athletes, but from an administrative perspective she admitted drastic measures might be necessary.

“A lot has happened with the board and I’m not sure whether we will be able to fix it between us in terms of personalities and politics,” she said.

“In terms of coming right ourselves or being dissolved, it’s probably going to require a bit of both, but we need help to decide which approach would be best.”

The committee of inquiry, launched last month to investigate governance concerns within the Sascoc board, was set to continue next week, with the three-member panel led by retired judge Ralph Zulman scheduled to take further submissions from witnesses on Monday.