The experienced hurdler is pacing himself nicely for a potentially final crack at glory at the Commonwealth Games. 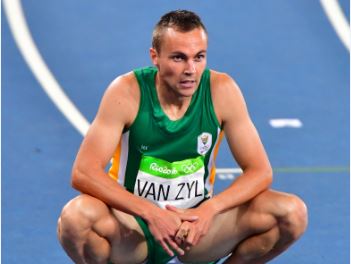 Gaining early momentum in what might turn out to be his last competitive season, LJ van Zyl is hoping to soak in the experience as he prepares to return to the stage where his international career took flight.

The 32-year-old athlete from Pretoria grabbed second place in the men’s 400m hurdles race at the Liquid Telecom Athletix Grand Prix meeting in Roodepoort on Thursday.

He clocked 49.64 seconds, finishing 0.26 off the pace of former world champion David Greene of Great Britain.

With his latest performance, Van Zyl dipped under the 50-second barrier for the 17th year in a row in his specialist discipline, and he said he was still feeling strong as he geared up for the Commonwealth Games on Australia’s Gold Coast next month.

“I normally run better in a stadium like this with high quality competition. I love it.”

Having displayed immense potential in his youth, Van Zyl made an immediate impact after progressing to the senior ranks by winning the Commonwealth title in Melbourne in 2006.

He went on to secure the silver medal at the 2010 Delhi Games but was eliminated in the heats in Glasgow four years ago.

Having previously hinted at possible retirement at the end of this season, Van Zyl hoped to make an impact once again, perhaps bringing a fitting close to a lengthy professional career which has included a national record of

Having booked his place in the SA team for the Gold Coast showpiece, his next target was a place in the medal contest.

“I’m just going to enjoy it. My main focus is to get to the final, and then take it from there,” he said.

“The competition is going to be good, but I’m also in shape this year.”