Both riders were amateur men, with one succumbing in the unfortunate pile-up that included at least 20 riders. 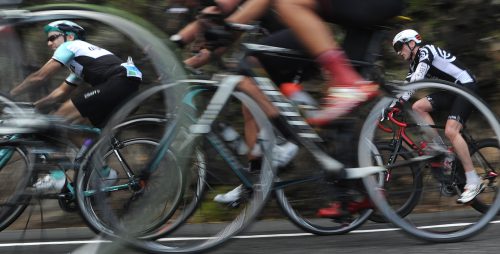 Around 9am, a 40-year-old man was involved in a crash with 20 fellow riders.

He received medical attention at the scene but his injuries proved fatal.

Later in the morning, another male participant succumbed to a suspected heart attack at Smitswinkel Bay.

“Our most sincere condolences go out to the families of both these participants,” the Cape Town Cycle Tour Trust (CTCTT) said in a statement.

Both families had asked that the names of the individuals be kept private, and organisers said no further details would be released.

Among the challenges faced by organisers this year included the drought in the Western Cape and an attempt to avoid a potential repeat of the problems caused by last year’s weather.

They achieved their goals by introducing more than three million litres of water to Cape Town from other areas, after committing to using no municipal drinking water during the event, and by moving the start to the Grand Parade Precinct.

“We needed to be responsive in respect of 2017’s challenges and looked to mitigate the wind risk,” said CTCTT director David Bellairs.

“Fortunately we were blessed with perfect cycling weather today.”