Rampant Caster Semenya not yet satisfied

It's all about becoming ever faster she says after another productive outing at the SA Athletics Championships. 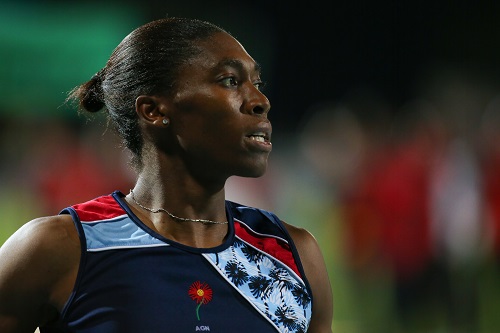 Having delivered another stack of superb performances at the weekend, world champion Caster Semenya believes she still has some tweaking to do ahead of next month’s Commonwealth Games.

Semenya closed out the SA Athletics Championships in style in Pretoria on Saturday, coasting to a commanding victory in 1:57.80 in the 800m final and recording her fastest time on South African soil, despite the high altitude of the capital city.

“I just tried to execute as if I was running overseas, so for us it’s all about trying to learn to run faster, even on our own,” said Semenya, who is set to turn out again in the 1 500m race at the Liquid Telecom Grand Prix in Paarl on Thursday night.

“So I feel we’re doing great. We just have to go back, sit at the drawing board and see where we’re lacking so we can improve.”

In other performances on Saturday’s third and final day of competition at the national championships, teenager Zeney van der Walt stunned a lively crowd to grab the silver medal in the women’s 400m hurdles final in 55.05 seconds, taking a massive chunk off Myrtle Bothma’s 35-year-old SA junior record of 55.74.

World champion Luvo Manyonga won gold in the men’s long jump with a second-round leap of 8.41m, albeit with a 2.1m/s headwind.

And after shattering the national 200m record in the semifinals the day before, Clarence Munyai pulled out of the final with an apparent hamstring injury, opening the door for Luxolo Adams to win the national title in 20.08, while former World Student Games champion Justine Palframan stormed to victory in the women’s 200m (22.97) and 400m (51.31) finals less than an hour apart.