Colleen Piketh claims a gritty bronze in the lawn bowls as South Africa's vast array of sprinters show ominous form on the track. 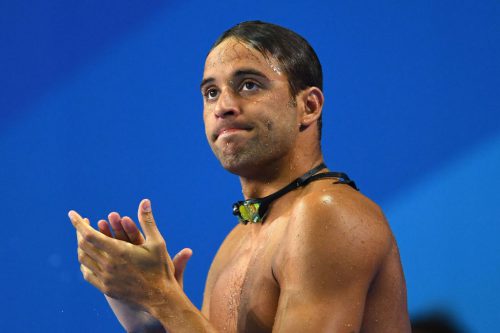 Swimming star Chad le Clos earned his third medal on Sunday and lawn bowler Colleen Piketh secured the national bowls team’s first of the Gold Coast Commonwealth Games, with the SA squad closing the fourth day of competition with a total of nine in the bag.

Le Clos, who had already scooped two golds, finished second in the men’s 100m freestyle final in 48.15, sharing silver with Australian Kyle Chalmers who touched in the same time.

Duncan Scott of Scotland chased him down to win gold in 48.02.

“I’m very happy, very proud. I could see him (Scott) coming behind me and I was like ‘argh, please don’t. But I’m happy with my swim. You can’t complain about a personal best,” Le Cos said.

“This is an awesome feeling of pride. It’s an accomplishment that any sportsman would aspire to achieve,” she said of her third career Commonwealth medal.

Sprinters Akani Simbine (10.12) and Henricho Bruintjies (10.26) clocked the second fastest times in their heats to qualify for today’s 100m final, and Orazio Cremona’s 19.24m effort was enough to progress to the medal battle in the shot put on the opening day of track and field competition.

Elsewhere, weightlifter Celestie Engelbrecht finished seventh in the women’s 69kg division, lifting a total of 193kg, the SA men’s hockey team lost 6-0 to New Zealand in their fourth group game, remaining without a win, the Proteas netball side lost 60-38 to Australia, as they saw their medal hopes slip away, and track cyclist Steven van Heerden finished 18th in the men’s 40km points race.

The SA team were lying seventh in the medals table with four gold, one silver and four bronze heading into the fifth day of competition.

Red-hot Schoenmaker in line for a second gold