Having earned 12 medals at the 2010 and 2014 Commonwealth Games, Le Clos had been chasing six medals to equal the record of 18. 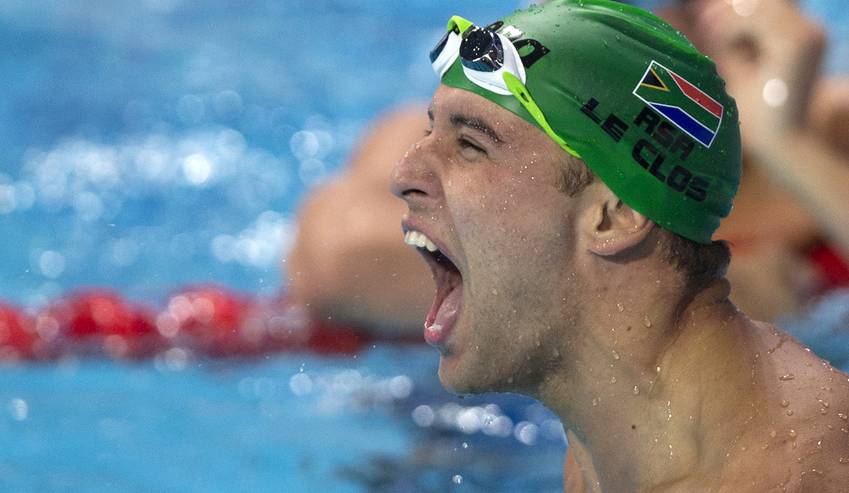 Swimming star Chad le Clos is eager to return to the Commonwealth Games for another crack at a remarkable record, after falling narrowly shy of his six-medal target at the Gold Coast showpiece.

Le Clos was again spectacular, raking in a total of five medals for a career haul of 17 at the quadrennial spectacle, with the swimming gala coming to a close yesterday at the multi-sport championships.

The four-time Olympic medallist stormed to gold in the 50m, 100m and 200m butterfly finals, as well as silver in the 100m freestyle and bronze in the 4x100m medley relay with compatriots Cameron van der Burgh, Brad Tandy and Calvyn Justus.

Having earned 12 medals at the 2010 and 2014 Commonwealth Games, Le Clos had been chasing six medals to equal the overall record of 18 podium places held by sport shooters Phil Adams of Australia and Mick Gault of England.

“I’m very happy. Unfortunately I’ve come just short of the all-time record, but those guys took six Games to get it and this is only my third,” Le Clos said.

“I feel like we’re definitely going to get that record next time in Birmingham [2022 Commonwealth Games] and I’m proud of my performances. I can’t complain.”

While he was unable to achieve his main goal, Le Clos was pleased to become the most decorated swimmer in the history of the Games and to win a historic treble in his specialist butterfly stroke.

His five-medal haul contributed nearly half of the swimming team’s podium places, with the national squad taking 12 medals in the pool.