South Africa's queen of the track took a gamble in competing in the 400m earlier this week but it paid off as she defends her 800m continental title. 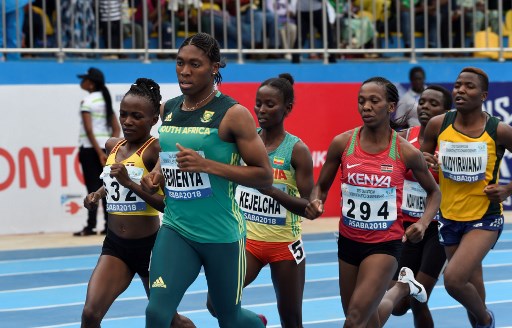 Having taken a gamble by dropping down in distance, Caster Semenya was relieved it paid off after she delivered two stunning performances at the African Athletics Championships, which came to a close on Sunday.

Brushing aside the humid conditions and the bumpy track at Stephen Keshi Stadium, Semenya bolted home in 1:56.06 to successfully defend her continental 800m title on the last day of competition, adding to the 400m title she won in a national record of 49.96 seconds earlier in the week.

It was an impressive effort after Semenya had earned podium doubles in the 800m and 1 500n events at last year’s World Championships in London and the Commonwealth Games in Gold Coast earlier this season.

“It paid off, so the coach (Samuel Sepeng) is happy and we just have to go back to the drawing board and see what we do next.”

In other disciplines on Sunday, sprinter Ncinci Titi showed his opponents a clean pair of heels to win the men’s 200m final in 20.46 seconds, with countryman Luxolo Adams earning bronze in 20.60.

Ischke Senekal also won gold in a South African podium double, taking the women’s shot put final with a 17.24m heave, and while Mieke Strydom grabbed bronze with a best attempt of 15.99m.

The silver medal in the women’s triple jump went to Zinzi Chabangu, who landed at 13.59m, and the SA men’s 4x400m relay team took second place in the medal decider in 3:03.50.

Race walker Lebo Shange was second in the men’s 20km race in 1:25:25 and defending champion Phil-Mar van Rensburg took silver in the men’s javelin throw with an opening effort of 76.57m.

Wenda Nel admitted she was worn out after a long season, and though she was expected to take the women’s 400m hurdles title, she held on for bronze in 57.04.

The national squad lost their overall crown, settling for second place behind Kenya in the final standings with a total of 30 medals, and they were set to return home with nine gold, 13 silver and eight bronze.