South Africa's ultra-distance ace holds on as he delivers a fine performance. 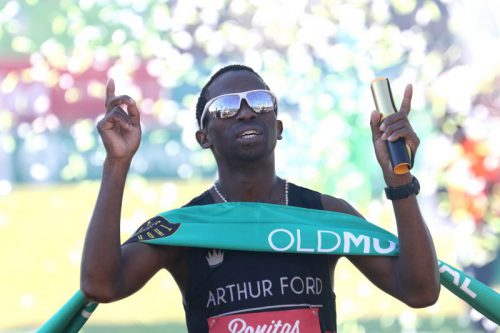 Ultra-distance specialist Bongmusa Mthembu returned to the podium with another solid performance on Saturday, hanging on in the latter stages of the race to grab bronze at the 100km World Championships in Sveti.

Mthembu, who earned silver at the previous edition of the global showpiece, took the lead before the 70km mark but struggled in the latter stages and was chased down.

Hideaki Yamauchi of Japan successfully defended his title, finishing the race in 6:28:05, and Mthembu was third in 6:33:47.

The second-string national women’s team struggled to put up a fight for individual medals, but Salome Cooper produced a strong finish, storming through the field to take seventh position in 7:51:13 as she led the SA team to the silver medal.